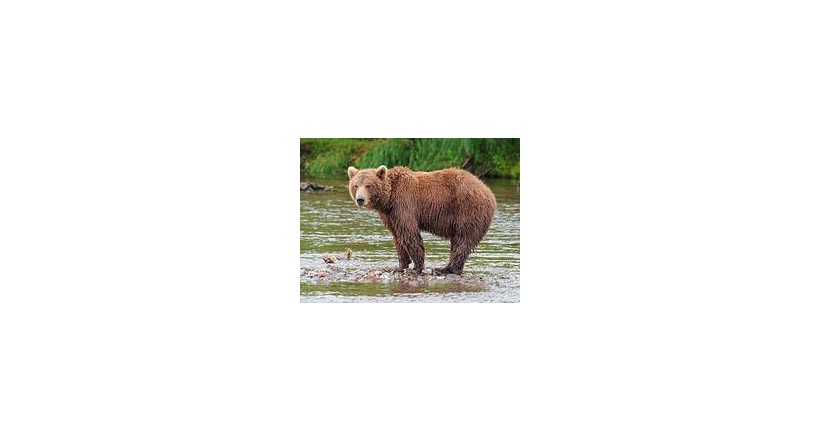 The brown bear (Ursus arctos) is a bear species that is found across much of northern Eurasia and North America. In North America, the populations of brown bears are often called "grizzly bears". It is one of the largest living terrestrial members of the order Carnivora, rivalled in size only by its closest relative, the polar bear (Ursus maritimus), which is much less variable in size and slightly larger on average.

While the brown bear's range has shrunk and it has faced local extinctions, it remains listed as a least concern species by the International Union for Conservation of Nature (IUCN) with a total population of approximately 200,000. As of 2012, this and the American black bear are the only bear species not classified as threatened by the IUCN. Populations that were hunted to extinction in the 19th and 20th centuries are the Atlas bear of North Africa, and the Californian, Ungavan and Mexican populations of the grizzly bear of North America, and many of the populations in southern parts of Eurasia are highly endangered One of the smaller-bodied forms, the Himalayan brown bear, is critically endangered, occupying only 2% of its former range and threatened by uncontrolled poaching for its body parts.The Marsican brown bear of central Italy is one of several currently isolated populations of the Eurasian brown bear, and believed to have a population of just 40 to 50 bears.