Coat of arms of Andorra 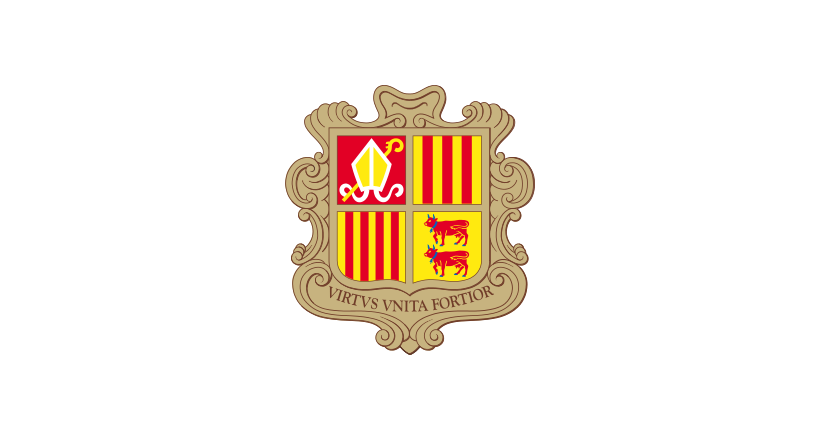 The coat of arms of Andorra (Catalan: Escut d'Andorra) is the heraldic device consisting of a shield divided quarterly by the arms of the Bishop of Urgell and the Count of Foix – who have historically been the two co-princes of Andorra – in addition to the emblems of Catalonia and the Viscount of Béarn. Utilized unofficially since the Middle Ages, its status as the coat of arms of the Principality of Andorra was formalized in 1993 upon the implementation of their new constitution. The escutcheon is featured on the flag of Andorra.The usage of the arms of the Bishop of Urgell and the Count of Foix stems from a settlement made in 1278 concerning territory sandwiched between the lands they had jurisdiction over. The two parties agreed to protect the principality jointly as co-princes. The arms of Catalonia and Béarn were added, and a "centuries-old carving" of this four-part quartered emblem is featured on the exterior of the country's parliament building – the Casa de la Vall – which served as the meeting place of the General Council until 2014. It was also found on the lintel of a house in Barcelona dating back to 1761. However, its status was not official until it was designated as the principality's coat of arms under Article 2(2) of the Constitution of Andorra, which was approved in a 1993 referendum and came into force that same year