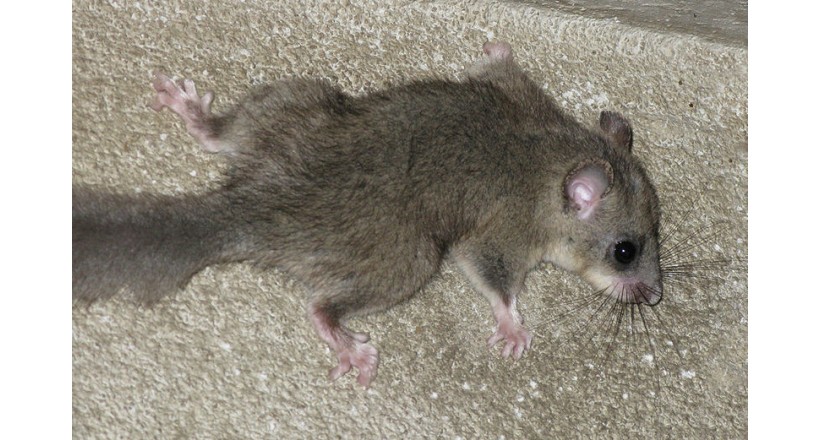 The edible dormouse or fat dormouse (Glis glis) is a large dormouse and the only living species in the genus Glis, found in most of western Europe. Its name comes from the Romans, who ate them as a delicacy.

The edible dormouse is the largest of all dormice, being around 14 to 19 cm (5.5 to 7.5 in) in head-body length, plus an 11- to 13-cm-long tail. It normally weighs from 120 to 150 g (4.2 to 5.3 oz), but may almost double in weight immediately prior to hibernation. It has a generally squirrel-like body, with small ears, short legs, and large feet. Its fur is grey to greyish-brown in colour over most of the body, while the underparts and the inner surface of legs are white to pale buff; the line of demarcation is rather well defined.

Unlike most other dormice, they have no dark markings on the face, aside from faint rings around the eyes. The tail is long and bushy, with fur slightly darker than that on the body. Front feet have four digits and their hind feet have five. The soles of their feet are naked. Females have from four to six pairs of teats.

The edible dormouse is capable of limited autotomy; if another animal grasps the tail, the skin breaks easily and slides off the underlying bone, allowing the dormouse to escape. The exposed vertebrae then break off and the wound heals over, forming a fresh brush of hair.