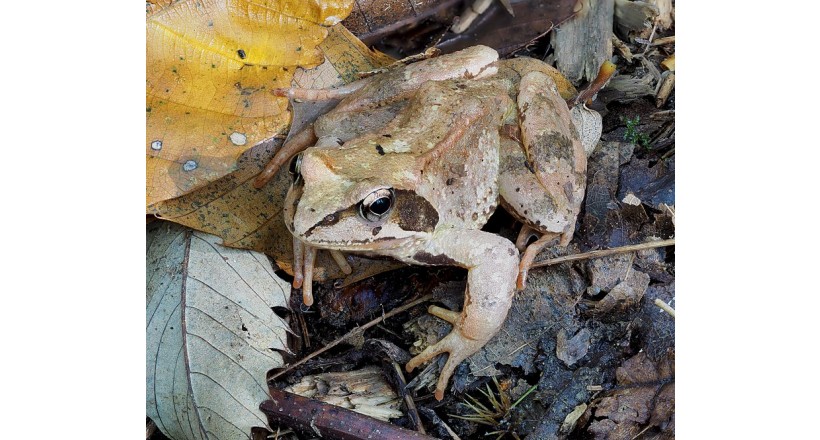 The agile frog (Rana dalmatina) is a European frog in the genus Rana of the true frog family, Ranidae

This species is thin and has long limbs and a pointy snout. Adult males are rarely larger than 6.5 cm, while females can grow up to 8 cm. Its ventral surface is light brown, reddish-brown, or light greyish-brown with very little contrast. Triangle-shaped spots reach from the temple to the eardrum, which are dark brown. The underside of the agile frog is white without any spots. During mating season, the males often become dark brown.

The hind legs are unusually long, which allow this species to jump further than other similar frogs - they have been known to jump up to two metres in distance. The pupils are horizontal. The colour of the upper third of the iris (above the pupil) is lighter and gold in coloration. The tympanum is about the size of the diameter of the eye. The gland stripes on the frog's back are not very developed and partially interrupted.The agile frog can be found in France, the Channel Islands, parts of Germany, Italy, the Czech Republic, Slovakia, Austria, Hungary, on the Balkans, Greece, and by the Black Sea. The species once lived in the United Kingdom, during middle Saxon times, after archaeological remains were recovered in East Anglia.