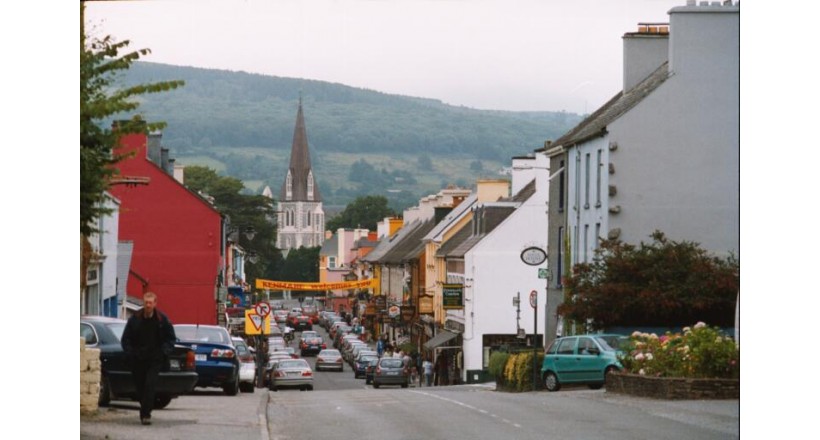 Kenmare (Irish: An Neidín, meaning "the little nest") is a small town (population 2175 – CSO 2011) in the south of County Kerry, Ireland. The name Kenmare is the anglicised form of Ceann Mara meaning "head of the sea", referring to the head of Kenmare Bay.

Kenmare is located at the head of Kenmare Bay (where it reaches the farthest inland), sometimes called the Kenmare River, where the Roughty River (An Ruachtach) flows into the sea, and at the junction of the Iveragh Peninsula and the Beara Peninsula. The traditional Irish name of the bay was Inbhear Scéine from the Celtic inver, which is recorded in the 11th Century narrative Lebor Gabála Érenn as the arrival point of the mythological Irish ancestor Partholón. It is also located near the MacGillycuddy's Reeks, Mangerton Mountain and Caha Mountains and is a popular hillwalking destination. Nearby towns and villages are Tuosist, Ardgroom, Glengarriff, Kilgarvan, Killarney, Templenoe and Sneem.

Kenmare is in the Kerry constituency.