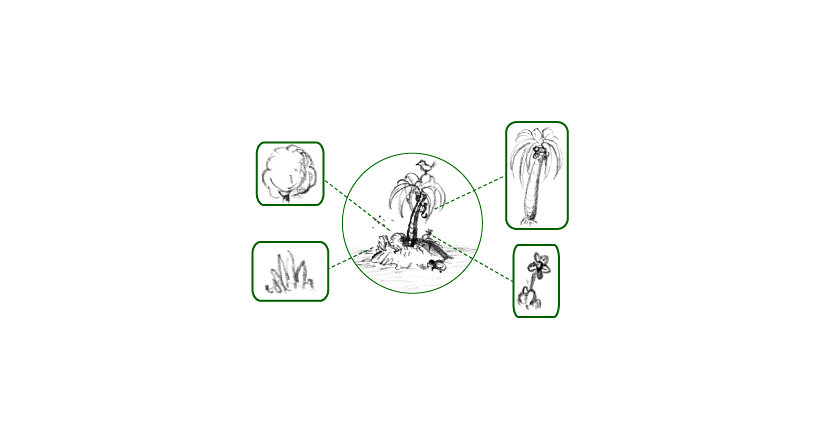 Flora is all the plant life present in a particular region or time, generally the naturally occurring (indigenous) native plants. The corresponding term for animal life is fauna. Flora, fauna, and other forms of life, such as fungi, are collectively referred to as biota. Sometimes bacteria and fungi are also referred to as flora, as in the terms gut flora or skin flora.

The word "flora" comes from the Latin name of Flora, the goddess of plants, flowers, and fertility in Roman mythology. The technical term "flora" is then derived from a metonymy of this goddess at the end of the sixteenth century. It was first used in poetry to denote the natural vegetation of an area, but soon also assumed the meaning of a work cataloguing such vegetation. Moreover, "Flora" was used to refer to the flowers of an artificial garden in the seventeenth century.

The distinction between vegetation (the general appearance of a community) and flora (the taxonomic composition of a community) was first made by Jules Thurmann (1849). Prior to this, the two terms were used indiscriminately