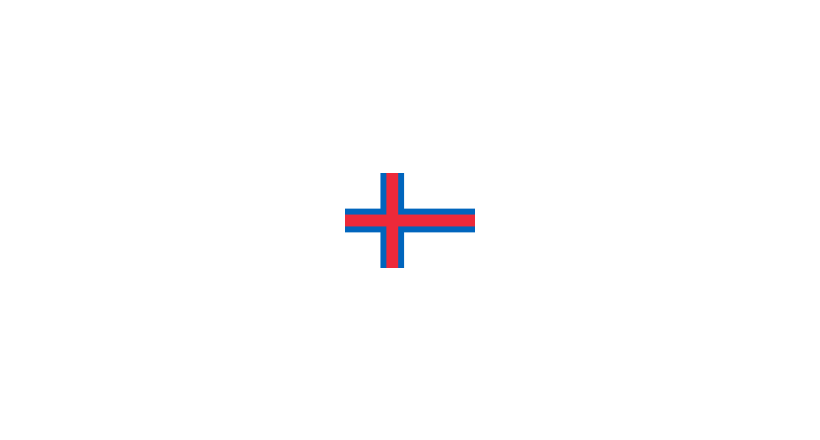 The Faroe Islands as it is called Farrow  or Farrowa  (in Faroese : Føroyar ; pronounced: [ˈfœɹjaɹ] , in Danish : Færøerne ; and pronounced: [ˈfæɐ̯øːˀɐnə] ) is a country that administratively follows the Danish crown that forms an archipelago located 320 km north of the Atlantic Ocean (200 mi) northwest of Scotland, approximately halfway between Norway and Iceland . The Faroe Islands are a self-governing country within the Kingdom of Denmark . covers an area of ​​about 1,400 square kilometers (541 sq mi), and has a population of 50,322 people in October 2017, divided administratively into thirty-four municipalities. Its official currency is Faroe krona and Danish krone . Its inhabitants speak Danish and Faroese, which are official languages ​​on the islands.

The terrain of the Faroe Islands is characterized by its roughness and its semi-polar oceanic climate, dominated by cold, rainy and cloudy weather. Temperatures record values ​​above freezing during the year, despite their location on northern latitudes, and this is due to the Gulf Stream passing through the North Atlantic region.

The Faroe Islands were part of the hereditary kingdom of Norway during the period from 1035 to 1814. The Faroe Islands, along with Greenland and Iceland, fell under the control of Denmark as stipulated in the Treaty of Kiel in 1814, after all belonging to Norway. The islands have been a self-governing country within the Kingdom of Denmark since 1948.

It is the responsibility of the local government to oversee and conduct most of the local affairs, while Denmark is responsible for the military defense, police, justice, judiciary and foreign affairs.  The Faroe Islands are located in a different customs area from Denmark and have a trade policy independent of Denmark, which enables them to conclude trade agreements with other countries independently. It also has a special seat in the Northern Council as an autonomous region within the Danish delegation. Varo also has its own national sports teams in some sports.