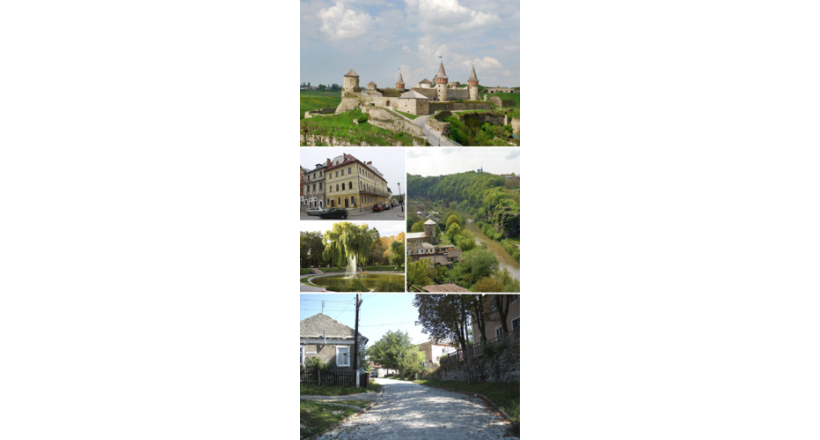 Kamianets-Podilskyi (Ukrainian: Ка́м'яне́ць-Поді́льський, Polish: Kamieniec Podolski, Romanian: Camenița, Russian: Каменец-Подольский, Yiddish: קאמענעץ־פאדאלסק‎) is a city on the Smotrych River in western Ukraine, to the north-east of Chernivtsi. Formerly the administrative center of the Khmelnytskyi Oblast, the city is now the administrative center of the Kamianets-Podilskyi Raion (district) within the Khmelnytskyi Oblast (province). The city itself is also designated as a separate district within the region.

In 1919–1920 during the ongoing Ukrainian–Soviet War, the city had officially served as a temporary capital of Ukrainian People's Republic.