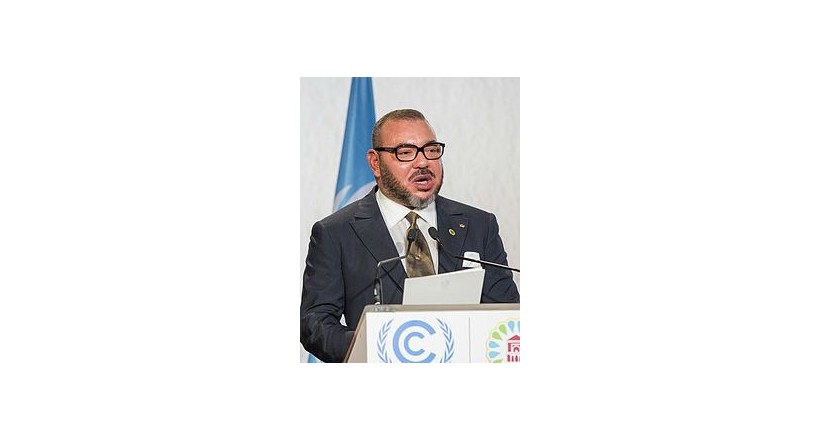 Mohammed VI (Arabic: محمد السادس‎; Berber languages: ⴰⴳⴳⵍⵉⴷ ⵎⵓⵃⴰⵎⵎⴷ ⵙⴷⵉⵙ; born 21 August 1963) is the King of Morocco. He is a member of the Alaouite dynasty and ascended to the throne on 23 July 1999 upon the death of his father, King Hassan II.

Mohammed was the second child and oldest son of Hassan II and his secondary wife, Lalla Latifa Hammou. On the day of his birth, Mohammed was appointed Heir Apparent and Crown Prince. His father was keen on giving him a religious and political education from an early age; at the age of four he started attending the Qur'anic school at the Royal Palace.

Mohammed completed his first primary and secondary studies at Collège Royal and attained his Baccalaureate in 1981, before gaining a bachelor's degree in law at the Mohammed V University at Agdal in 1985.His research paper dealt with "the Arab-African Union and the Strategy of the Kingdom of Morocco in matters of International Relations". He has also frequented the Imperial College and University of Rabat. He was furthermore appointed President of the Pan Arab Games, and was commissioned a Colonel Major of the Royal Moroccan Army on 26 November 1985. He served as the Coordinator of the Offices and Services of the Royal Armed Forces until 1994.

In 1987, Mohammed obtained his first Certificat d'Études Supérieures (CES) in political sciences, and in July 1988 he obtained a Diplôme d'Études Approfondies (DEA) in public law. In November 1988, he trained in Brussels with Jacques Delors, then-President of the European Commission.

Mohammed obtained his PhD in law with distinction on 29 October 1993 from the French University of Nice Sophia Antipolis for his thesis on "EEC-Maghreb Relations". On 12 July 1994, he was promoted to the military rank of Major General, and that same year he became President of the High Council of Culture and Commander-in-Chief of the Royal Moroccan Army.

The New York Times reported that prior to ascending to the throne, Mohammed "gained a reputation as a playboy during the years he spent waiting in the wings, showing a fondness for fast cars and nightclubs."