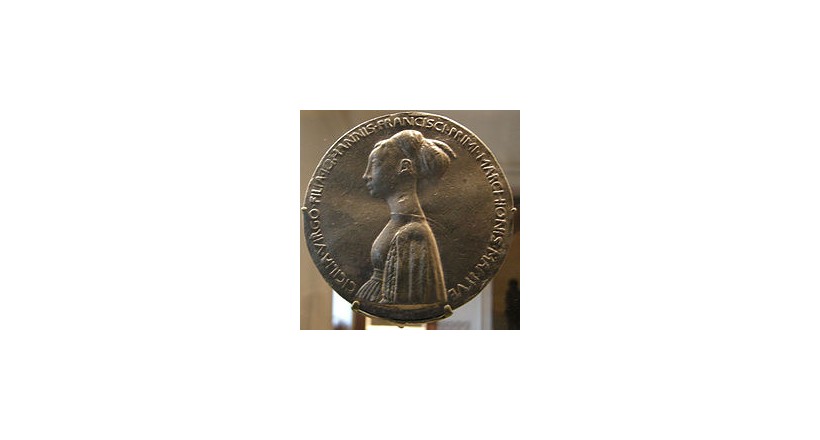 A medal or medallion is a small portable artistic object, a thin disc, normally of metal, carrying a design, usually on both sides. They typically have a commemorative purpose of some kind, and many are given as awards. They may be intended to be worn, suspended from clothing or jewellery in some way. They may be struck like a coin by dies or die-cast in a mould.

A medal may be awarded to a person or organization as a form of recognition for sporting, military, scientific, cultural, academic, or various other achievements. Military awards and decorations are more precise terms for certain types of state decoration. Medals may also be created for sale to commemorate particular individuals or events, or as works of artistic expression in their own right. In the past, medals commissioned for an individual, typically with their portrait, were often used as a form of diplomatic or personal gift, with no sense of being an award for the conduct of the recipient.

An artist who creates medals or medallions is called a "medalist". Medals have long been popular collectible items, and in numismatics form a class called either exonumia or militaria.

In the proper use of the term, medallions are larger, starting at perhaps four inches across, and are, as such, usually too large to be worn very comfortably, though in colloquial use, "medallion" is often used to refer to a medal used as the pendant of a necklace (as in the medallion man fashion style of the 1960s and 1970s), or for other types of medals. Medallions may also be called "table medals" because they are too large to be worn and can only be displayed on a wall, table top, desk, or cabinet.