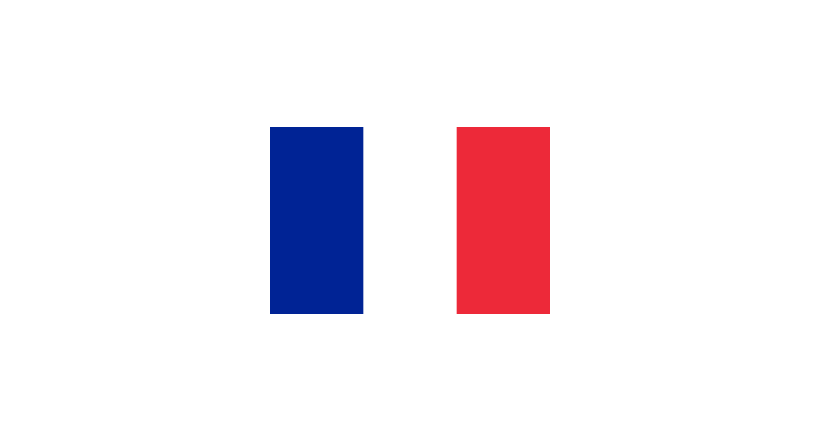 The flag of France (known in French as : drapeau tricolore, drapeau bleu-blanc-rouge, drapeau français) is a three- colored flag, containing three colored columns (left to right) in colors: blue, white, and red. These colors were chosen following the Dutch flag with the same colors, which existed for more than two centuries before the design of the French flag. The flag was first used in 1789 , after the French Revolution , and became the official flag of France on 15 February 1794 . The colors red, white and blue signify freedom, equality and fraternity, which were the ends of the French Revolution. Blue and red are also the colors of honor for Paris , the French capital, while white is the color of the Royal Bourbon House .