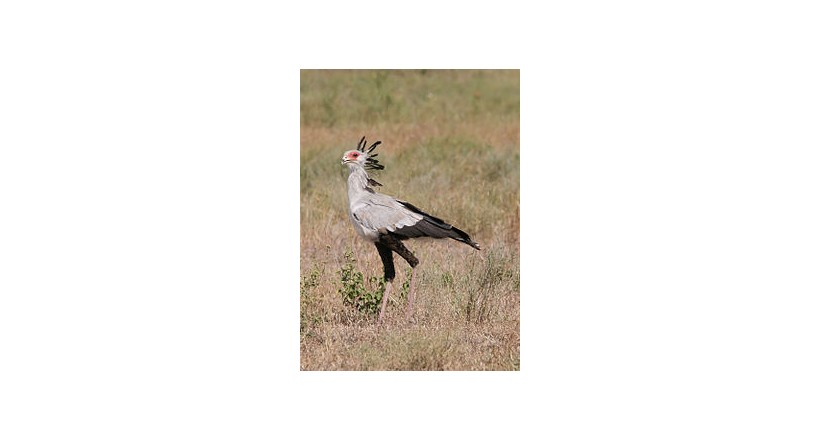 The secretarybird or secretary bird (Sagittarius serpentarius) is a large, mostly terrestrial bird of prey. Endemic to Africa, it is usually found in the open grasslands and savannah of the sub-Saharan region. John Frederick Miller described the species in 1779. Although a member of the order Accipitriformes, which also includes many other diurnal raptors such as kites, hawks, vultures, and harriers, it is placed in its own family, Sagittariidae. The secretarybird is instantly recognizable as a very large bird with an eagle-like body on crane-like legs which increases the bird’s height to as much as 1.3 m (4.3 ft) tall.

It appears on the coats of arms of Sudan and South Africa.