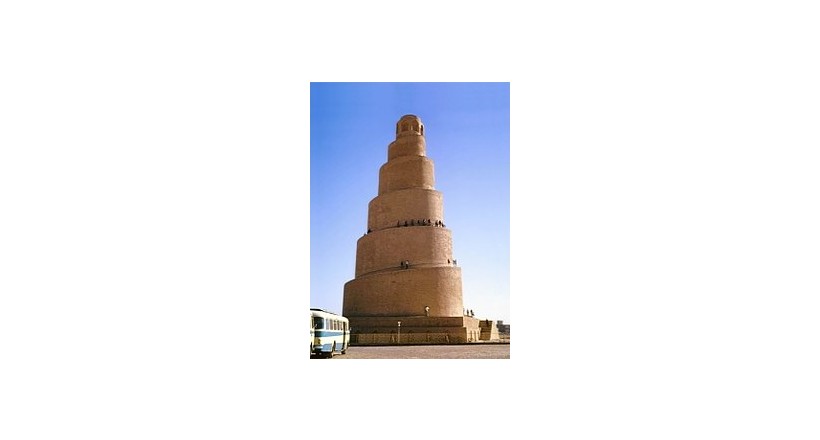 The Twisted Minaret is one of Iraq's distinctive landmarks because of its unique shape. The minaret was originally built for the mosque, which was founded by al-Mutawakkil in Abbasi in 237 AH on the western side of the city of Samarra , which was then one of the largest mosques in the Islamic world . The twisted minaret came from its cylindrical shape  The spiral brick , a building with a total height of 52 meters and located 27.25 meters from the north wall of the mosque, and is based on a square base rib (33 m) and a height (3 m) topped by a cylindrical part of five layers decreasing capacity rising around the outside A 2- meter- wide spiral staircase wraps around the body of the minaret counterclockwise and is 399 degrees. At the top of the summit layer called the people of Samarra "Balgaon" and this was promoted by the muezzin and then raises the call to prayer .