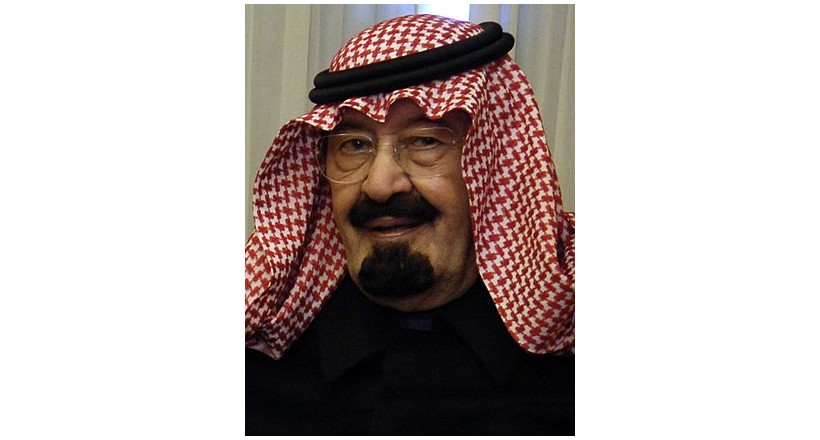 Abdullah bin Abdulaziz Al Saudry was King of Saudi Arabia and Custodian of the Two Holy Mosques from 2005 to his death in 2015. He ascended to the throne on 1 August 2005 upon the death of his half-brother, King Fahd.

Abdullah, like Fahd, was one of the many sons of Ibn Saud, the founder of modern Saudi Arabia. Abdullah held important political posts throughout most of his adult life. In 1961 he became mayor of Mecca, his first public office. The following year, he was appointed commander of the Saudi Arabian National Guard, a post he was still holding when he became king. He also served as deputy defense minister and was named crown prince when Fahd took the throne in 1982. After King Fahd suffered a serious stroke in 1995, Abdullah became the de facto ruler of Saudi Arabia until ascending the throne a decade later.

During his reign he maintained close relations with United States and United Kingdom and bought billions of dollars worth of defense equipment from both states. He also gave women the right to vote for municipal councils and to compete in the Olympics. Furthermore, Abdullah maintained the status quo when there were waves of protest in the kingdom during the Arab Spring. In November 2013, a BBC report claimed that, due to the close relations it had with Pakistan, Saudi Arabia could obtain nuclear weapons at will from that country. The King also had a longstanding relationship with Pakistan, and brokered a compromise between ousted Prime Minister Nawaz Sharif and General Pervez Musharraf, whom he had requested to be exiled to Saudi Arabia for a 10-year exile, following his ouster in the 1999 Pakistani coup d'état.

The King outlived two of his crown princes. Conservative Interior Minister Nayef bin Abdul-Aziz Al Saud was named heir to the throne on the death of Sultan bin Abdulaziz in October 2011, but Nayef himself died in June 2012. Abdullah then named 76-year-old defense minister, Salman bin Abdulaziz Al Saud, as crown prince. According to various reports, Abdullah married up to 30 times and had more than 35 children.The king had a personal fortune estimated at US$18 billion, making him the third wealthiest head of state in the world. He died on 23 January 2015, at the age of 90, three weeks after being hospitalized for pneumonia, and was succeeded as king by his half-brother Salman of Saudi Arabia.