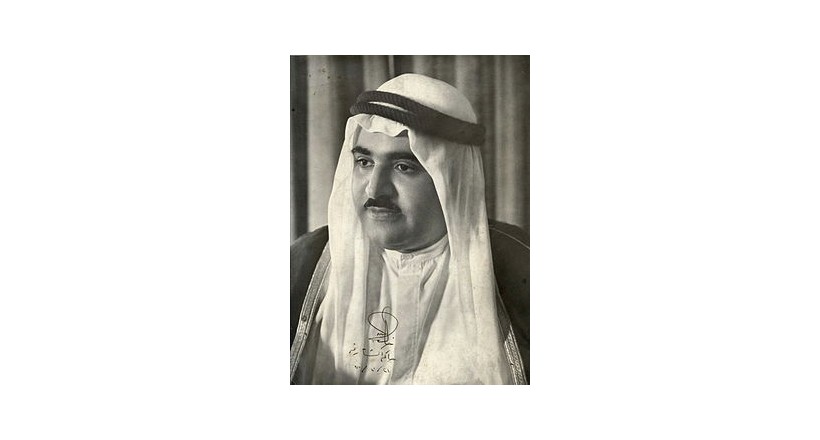 Sheikh Khalid bin Mohammed bin Saqr bin Khalid bin Sultan bin Saqr bin Rashid Al Qasimi ( 1927 - 24 January 1972 ), Ruler of the Emirate of Sharjah from 24 June 1965 to 24 January 1972 . He is one of the sons of Sheikh Mohammed bin Saqr Al Qasimi, who took over the emirate of Sharjah after the removal of his cousin, Sheikh Saqr bin Sultan Al Qasimi . The interim constitution was signed on December 2, 1971 and Sharjah became part of the United Arab Emirates and joined as a member of the Supreme Council of the Union . Before the establishment of the UAE, he chaired for one session the Emirates Rulers' Council .On January 24, 1972 , Sheikh Saqr bin Sultan Al Qasimi (former ruler of Sharjah) made a failed coup attempt to restore the rule that led to the death of Sheikh Khalid bin Mohammed Al Qasimi, which was rejected by the Supreme Council of the Union . The then defense minister, Sheikh Mohammed bin Rashid al-Maktoum, set out to counter the attempt, led a force that besieged the putschists at Ramla Palace in Sharjah, forced them to surrender and were put on trial. His younger brother, Sheikh Dr. Sultan bin Mohammed Al Qasimi, was appointed Ruler of Sharjah and became a member of the Supreme Council of the Union