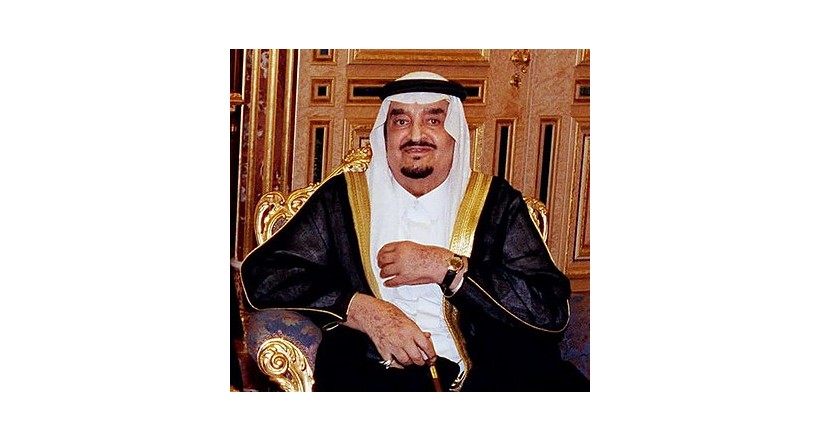 Fahd bin Abdul Aziz bin Abdul Rahman Al Saud ( 1920 - 26 Jumada II 1426 AH / August 1, 2005 ), fifth king of Saudi Arabia and the first to take the title of the Custodian of the Two Holy Mosques . He is the ninth son of the sons of King Abdul Aziz , from his wife Princess Hessa bint Ahmed al-Sudairy . He assumed the reins of power on 21 Sha'ban 1402 AH ( 13 June 1982) after the death of his half-brother King Khalid . He suffered a stroke in November 1995 , and since 1997 Abdullah bin Abdul Aziz , then crown prince, managed most of the country's daily affairsHis reign witnessed many events, most notably the crisis of Iraq's occupation of Kuwait in 1990 , the threat of Iraq to invade Saudi Arabia , the Iraq-Iran war and the events that affected it, as well as the events of September 11, 2001 in the United States and the subsequent US invasion of Afghanistan. Iraq , as well as the decline in oil prices for many years and the Saudi budget had to drastically decline