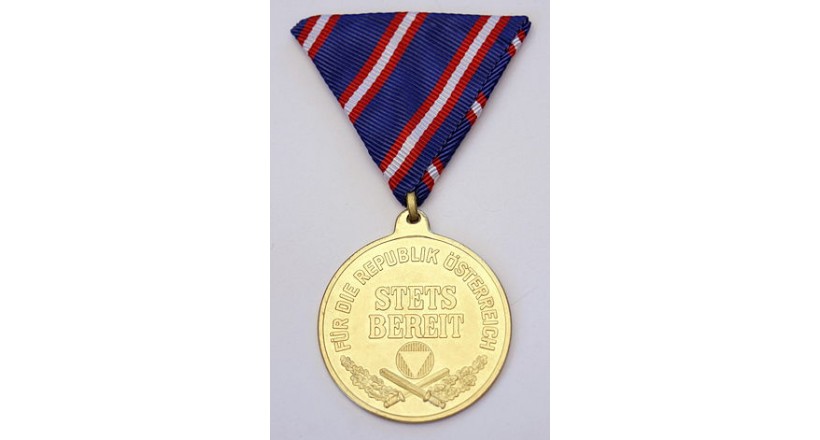 The Military Service Medal German: Wehrdienstmedaille is a military medal awarded to members of the Military of Austria. It is awarded in three classes: gold, silver, and bronze depending on length of recognized service. Established in 1963, the medal was originally called the Military Commemorative Service Medal (Wehrdiensterinnerungsmedaille). The name was changed to its current name in 1989.

The Military Service Medal in bronze is the most common award of the medal. It is awarded to conscripts at the end of their mandatory training. The silver medal is awarded to those members of the militia who have already earned the bronze medal and have performed at least 30 days of additional training or other militia duty. The gold medal is awarded to those already holding the silver medal who have performed an additional 60 days of training or other militia duty. The medals are awarded only once.