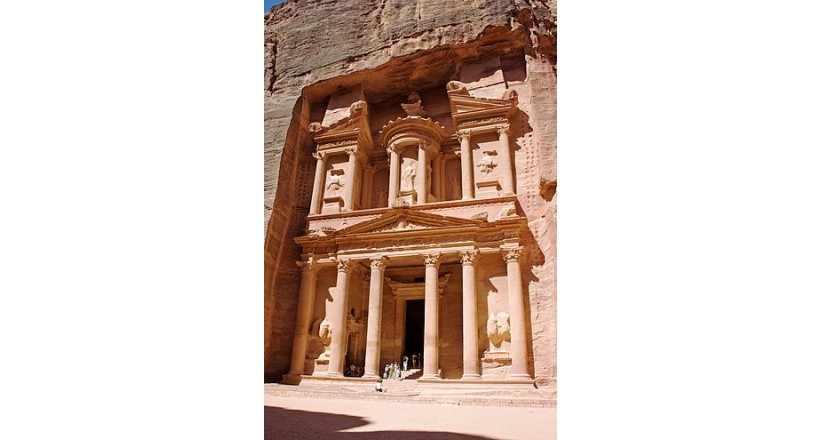 Petra  Archaeological and historical city located in the Governorate of Ma'an in the south of the Hashemite Kingdom of Jordan . Known for its rock-sculpted architecture and ancient water canal system. It was formerly called "commodities" and was also called "the pink city" after the colors of its twisted rocks.

Petra was founded around 312 BC as the capital of the Nabataean kingdom . It has assumed a prominent position for many years, where its location on the Silk Road , and the average of the civilizations of Mesopotamia, Palestine and Egypt , played a major role that made the Nabatean state to take control of the trade between the civilizations of these regions and their inhabitants. The city is located on the slopes of the altar mountain, among a group of towering rocky mountains , forming the northwestern flank of the Arabian Peninsula , specifically the Wadi Araba , which extends from the Dead Sea to the Gulf of Aqaba .

The site of Petra remained undiscovered to the West throughout the Ottoman period until it was rediscovered by Swiss Orientalist Johann Ludwig Berckhardt in 1812. Petra was inscribed on the UNESCO World Heritage List in 1985. [ It was also selected as one of the seven new wonders of the world in 2007