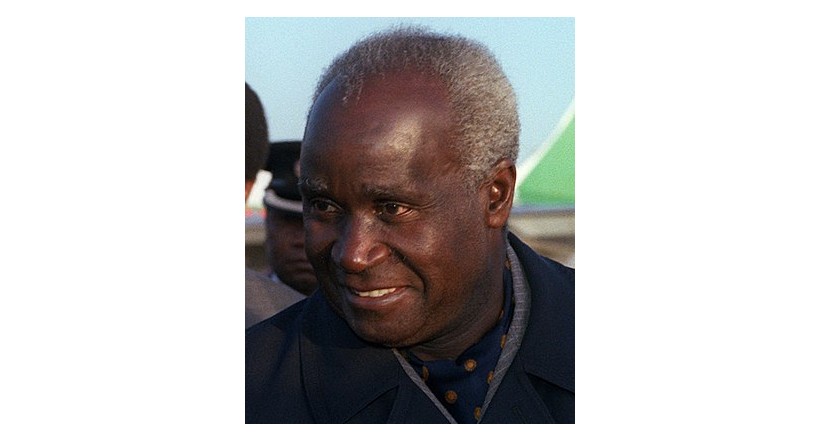 Kenneth David Buchizya Kaunda (born 28 April 1924), also known as KK, is a Zambian former politician who served as the first President of Zambia from 1964 to 1991.

Kaunda is the youngest of eight children born to an ordained Church of Scotland missionary and teacher, an immigrant from Malawi.He was at the forefront of the struggle for independence from British rule. Dissatisfied with Harry Nkumbula's leadership of the Northern Rhodesian African National Congress, he broke away and founded the Zambian African National Congress, later becoming the head of the United National Independence Party. He was the first President of the independent Zambia. In 1973 following tribal and inter-party violence, all political parties except UNIP were banned through an amendment of the constitution after the signing of the Choma Declaration. At the same time, Kaunda oversaw the acquisition of majority stakes in key foreign-owned companies. The oil crisis of 1973 and a slump in export revenues put Zambia in a state of economic crisis. International pressure forced Kaunda to change the rules that had kept him in power. Multi-party elections took place in 1991, in which Frederick Chiluba, the leader of the Movement for Multiparty Democracy, ousted Kaunda.

Kaunda was briefly stripped of Zambian citizenship in 1999, but the decision was overturned the following year. At 95, he is the oldest living former Zambian president.