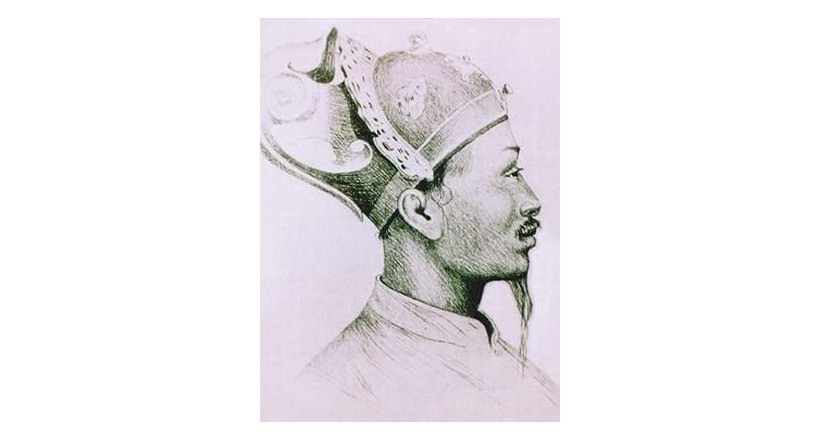 Tự Đức :22 September 1829 – 17 July 1883) (personal name: Nguyễn Phúc Hồng Nhậm , also Nguyễn Phúc Thì) was the fourth emperor of the Nguyễn dynasty of Vietnam; he ruled from 1847 to 1883.The son of Emperor Thiệu Trị, Prince Nguyễn Phúc Hồng Nhậm was born on 22 September 1829, and succeeded his father on the throne, with the reigning title of Tự Đức, but family troubles caused his era to have a violent start. Thiệu Trị had passed over his more moderate eldest son, Hồng Bảo, to give the throne to Tự Đức, known for his staunch Confucianism and opposition to foreigners and innovation. As a result, and due to the repressive policies of the previous Nguyễn Dynasty emperor, there was now a great deal of dissatisfaction with Nguyễn rule and a legitimate royal figure to rally this opposition.