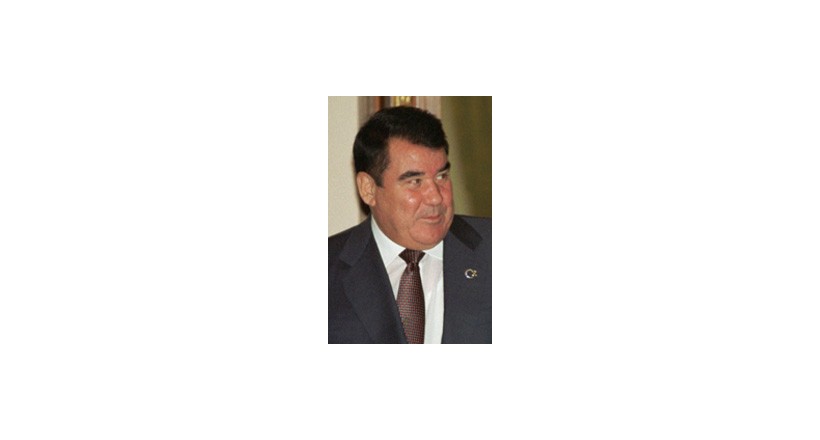 Saparmurat Atayevich Niyazov or Beýik Türkmenbaşy (Great Head of the Turkmen)) was a Turkmen politician who served as the leader of Turkmenistan from 1985 until his death in 2006. He was First Secretary of the Turkmen Communist Party from 1985 until 1991 and supported the 1991 Soviet coup d'état attempt. He continued to lead Turkmenistan for 15 years after independence from the Soviet Union in 1991.

In his time, he was one of the world's most totalitarian, despotic and repressive dictators. He promoted a cult of personality around himself and imposed his personal eccentricities upon the country, such as renaming Turkmen months and days of the week to references of his autobiography the Ruhnama. He made it mandatory to read the Ruhnama in schools, universities and governmental organizations, new governmental employees were tested on the book at job interviews and an exam on its teachings was a part of the driving test in Turkmenistan. In 2005, he closed down all rural libraries and hospitals outside of the capital city Ashgabat, in a country where at that time more than half the population lived in rural areas, once stating that, "If people are ill, they can come to Ashgabat." Under his rule, Turkmenistan had the lowest life expectancy in Central Asia. Global Witness, a London-based human rights organisation, reported that money under Niyazov's control and held overseas may be in excess of US$3 billion, of which between $1.8–$2.6 billion was allegedly situated in the Foreign Exchange Reserve Fund at Deutsche Bank in Germany.