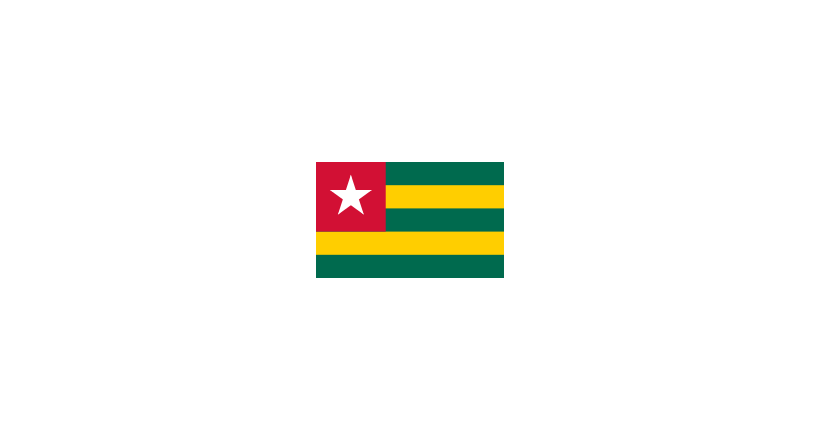 Togo officially the Togolese Republic is a country in West Africa bordered by Ghana to the west, Benin to the east and Burkina Faso to the north. The sovereign state extends south to the Gulf of Guinea, where its capital Lomé is located. Togo covers 57,000 square kilometres (22,008 square miles), making it one of the smallest countries in Africa, with a population of approximately 7.9 million.

From the 11th to the 16th century, various tribes entered the region from all directions. From the 16th century to the 18th century, the coastal region was a major trading center for Europeans to purchase slaves, earning Togo and the surrounding region the name "The Slave Coast". In 1884, Germany declared a region including present-day Togo as a protectorate called Togoland. After World War I, rule over Togo was transferred to France. Togo gained its independence from France in 1960. In 1967, Gnassingbé Eyadéma led a successful military coup d'état after which he became president of an anti-communist, single-party state. Eventually, in 1993, Eyadéma faced multiparty elections, which were marred by irregularities, and won the presidency three times. At the time of his death, Eyadéma was the longest-serving leader in modern African history, having been president for 38 years. In 2005, his son Faure Gnassingbé was elected president.

Togo is a tropical, sub-Saharan nation, whose economy depends highly on agriculture, with a climate that provides good growing seasons. While the official language is French, many other languages are spoken, particularly those of the Gbe family. The largest religious group consists of those with indigenous beliefs, and there are significant Christian and Muslim minorities. Togo is a member of the United Nations, African Union, Organisation of Islamic Cooperation, South Atlantic Peace and Cooperation Zone, Francophonie, and Economic Community of West African States.