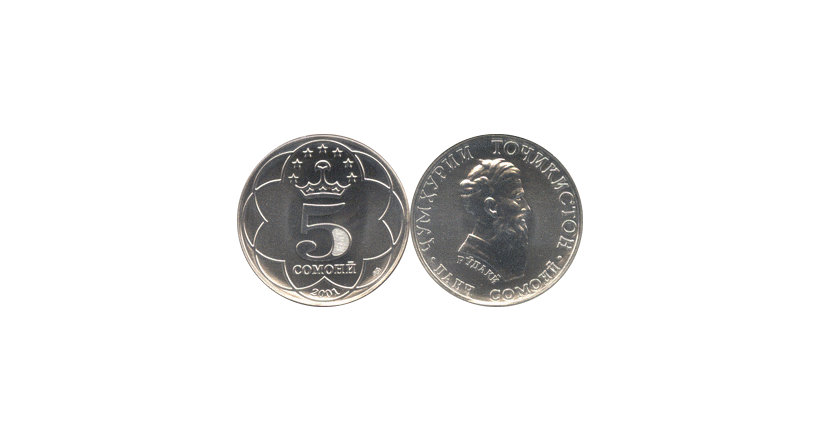 The somoni (Tajik: cомонӣ, ISO 4217 code: TJS) is the currency of Tajikistan. It is subdivided into 100 diram (Tajik: дирам). The currency is named after the father of the Tajik nation, Ismail Samani (also spelled Ismoil Somoni).