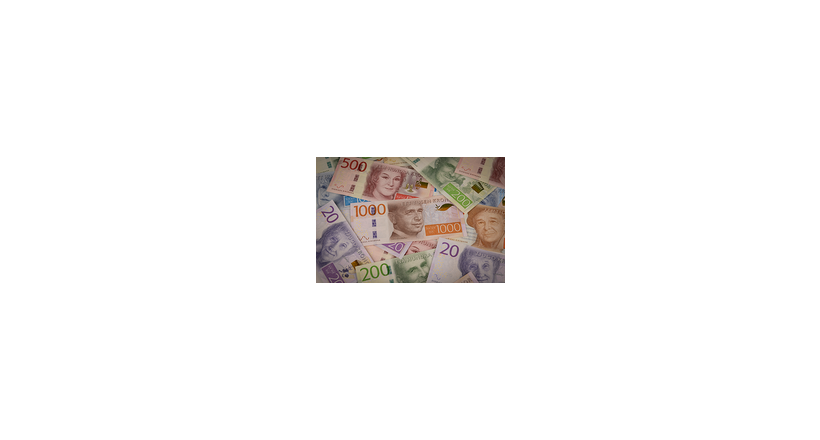 The krona is the official currency of Sweden. Both the ISO code "SEK" and currency sign "kr" are in common use; the former precedes or follows the value, the latter usually follows it but, especially in the past, it sometimes preceded the value. In English, the currency is sometimes referred to as the Swedish crown, as krona literally means "crown" in Swedish. The Swedish krona was the ninth-most traded currency in the world by value in April 2016.

One krona is subdivided into 100 öre (singular; plural öre or ören, where the former is always used after a cardinal number, hence "50 öre", but otherwise the latter is often preferred in contemporary speech). However, all öre coins have been discontinued as of 30 September 2010. Goods can still be priced in öre, but all sums are rounded to the nearest krona when paying with cash. The word öre is ultimately derived from the Roman gold coin aureus, which in itself comes from the Latin word aurum, meaning gold.