Coat of arms of Suriname 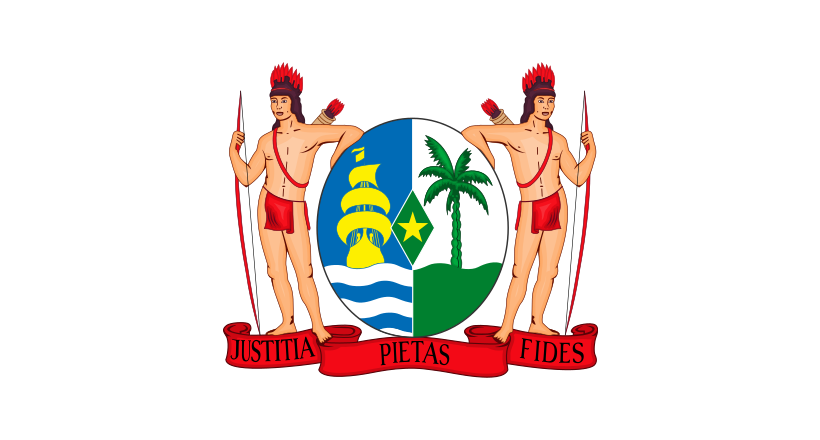 The coat of arms of Suriname was adopted on November 25, 1975. The motto reads Justitia – Pietas – Fides (“Justice – Piety – Fidelity”). It further consists of two natives who carry a shield. The left half of the shield symbolizes the past, as slaves were abducted via ship out of Africa. The right half, the side of the present, shows a royal palm, also the symbol of a just person ("The just person should blossom like a palm"). The diamond in the middle is the stylized form of the heart, which is regarded as the organ of love. The points of the diamond show the four directions of the wind. Inside the diamond is a five-pointed star. This star symbolizes the five continents from which the inhabitants of Suriname migrated: Africa, America, Austr