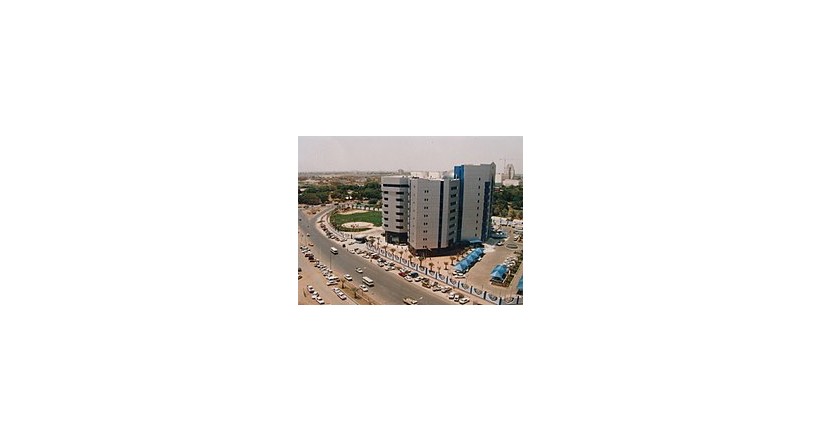 The Central Bank of Sudan is the central bank of Sudan. The bank was formed in 1960, four years after Sudan's independence. It is located in the capital Khartoum.

When Sudan achieved independence in 1956, the creation of a central bank was a priority. A 3-man commission of experts from the United States's Federal Reserve, worked with Sudanese government and finance specialists to create the Law of the Bank of Sudan for 1959, and in 1960 the Bank of Sudan began operations. To establish the bank, the Sudanese government nationalized the National Bank of Egypt's operations in the Sudan (some seven branches), and combined them with the Sudanese currency board.

In addition to the normal duties of a central bank, which may include minting coins and issuing banknotes, managing a country's internal and external accounting, and setting monetary policy and interest rates, Sudan's central bank is also responsible for fostering Islamic banking.

After Sudan introduced Islamic law (Sharia) in 1984, the banking and financial industry changed its practices to conform with Sharia. In 1993 the government established the Sharia High Supervisory Board (SHSB) to ensure compatibility of financial practices with Islamic principles. In compliance with the SHSB, the government is no longer selling treasury bills and government bonds; instead, the Bank sells "Financial Certificates" that comply with Islamic financial principles.

In 1970, the Sudanese government nationalized all the banks in the Sudan, changed the names of several, and put them under the Bank of Sudan. Barclays Bank, which had an extensive network of 24 branches, became the State Bank of Foreign Trade, and then Bank of Khartoum. The six branches of Egypt's Bank Misr became People's Cooperative Bank. The four branches of Jordan's Arab Bank became Red Sea Bank or Red Sea Commercial Bank (accounts differ). Commercial Bank of Ethiopia's one branch became Juba Commercial Bank. National and Grindlays Bank, which in 1969 had taken over the four branches that Ottoman Bank had established after it entered in 1949, became Omdurman Bank. In 1973 Red Sea Bank and People's Cooperative Bank were merged into Omdurman Bank. Then in 1984 Omdurman Bank merged with the Juba Commercial Bank to form Unity Bank.

As far as the current state of the Sudanese banking and financial situation is concerned, the bank's "About Bank of Sudan" section states:

Since the beginning of the Three Year Economic Program (1990–1993), the Bank of Sudan has carried out policies that aim to revitalize the Sudanese economy, the last of which was the credit policy of 2000 which was based on the following:

Continuation of the social support program for the benefit of the poor families in accordance with the national mobilization project for social security and for the improvement of productivity.

Continuation of financing public corporations through the banks without recourse to the Bank of Sudan for direct financing.

Allowing the commercial banks to offer financing in foreign exchange according to the regulations issued by the Bank of Sudan.

The Bank is engaged in developing policies to promote financial inclusion and is a member of the Alliance for Financial Inclusion.[1]

Branches of the Bank of Sudan

As the country of Sudan is about 1½ times the area of the state of Alaska in the United States, the central bank has a branch bank system: