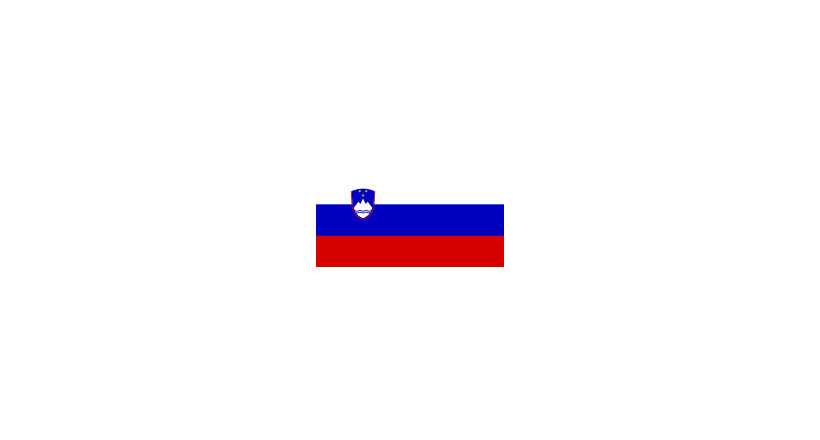 officially the Republic of Slovenia  , is a country located in Central and Southeastern Europe, at the crossroads of main European cultural and trade routes. It is bordered by Italy to the west, Austria to the north, Hungary to the northeast, Croatia to the southeast, and the Adriatic Sea to the southwest. Slovenia covers 20,273 square kilometers (7,827 sq mi) and has a population of 2.084 million. One of the successor states of the former Yugoslavia, Slovenia is now a parliamentary republic and member nation of the European Union, United Nations, and NATO. The capital and largest city is Ljubljana.

Slovenia has a mostly mountainous terrain with a mainly continental climate, with the exception of the Slovene Littoral, which has a sub-Mediterranean climate, and of the northwest, which has an Alpine climate. Additionally, the Dinaric Alps and the Pannonian Plain meet on the territory of Slovenia. The country, marked by a significant biological diversity, is one of the most water-rich in Europe, with a dense river network, a rich aquifer system, and significant karst underground watercourses. Over half of the territory is covered by forest. The human settlement of Slovenia is dispersed and uneven.

Slovenia has historically been the crossroads of Slavic, Germanic, and Romance languages and cultures. Although the population is not quite homogeneous, Slovenes comprise the majority. The South Slavic language Slovene is the official language throughout the country. Slovenia is a largely secularized country, but Catholicism and Lutheranism have significantly influenced its culture and identity. The economy of Slovenia is small, open and export-oriented and is thus strongly influenced by the conditions of its exporting partners' economies.This is especially true with Croatia; Slovenia's biggest trade partner. Like most of the developed world, Slovenia was severely hurt by the Eurozone crisis beginning in 2009. The main economic driver for the country is the services industry, followed by manufacturing and construction.Historically, the territory of Slovenia has formed part of many different states, such as: the Roman Empire, Byzantine Empire, Carolingian Empire, the Holy Roman Empire, the Habsburg Monarchy, the Republic of Venice, the French-administered Illyrian Provinces of the First French Empire of Napoleon I, the Austrian Empire and Austro-Hungarian Empire. In October 1918, the Slovenes exercised self-determination for the first time by co-founding the State of Slovenes, Croats and Serbs. In December 1918 they merged with the Kingdom of Serbia into the Kingdom of Serbs, Croats and Slovenes (renamed the Kingdom of Yugoslavia in 1929).

During World War II (1939–1945) Germany, Italy, and Hungary occupied and annexed Slovenia (1941–1945), with a tiny area transferred to the Independent State of Croatia, a Nazi puppet state. In 1945 Slovenia became a founding member of the Federal People's Republic of Yugoslavia, renamed in 1963 as the Socialist Federal Republic of Yugoslavia. In the first years after World War II this state was initially allied with the Eastern Bloc, but it never subscribed to the Warsaw Pact and in 1961 became one of the founders of the Non-Aligned Movement.

In June 1991, after the introduction of multi-party representative democracy, Slovenia became the first republic that split from Yugoslavia and became an independent sovereign state. In 2004, it entered NATO and the European Union; in 2007 became the first formerly communist country to join the Eurozone; and in 2010 it joined the OECD, a global association of high-income developed countries.Slovenia is a high-income advanced economy with a very high Human Development Index.