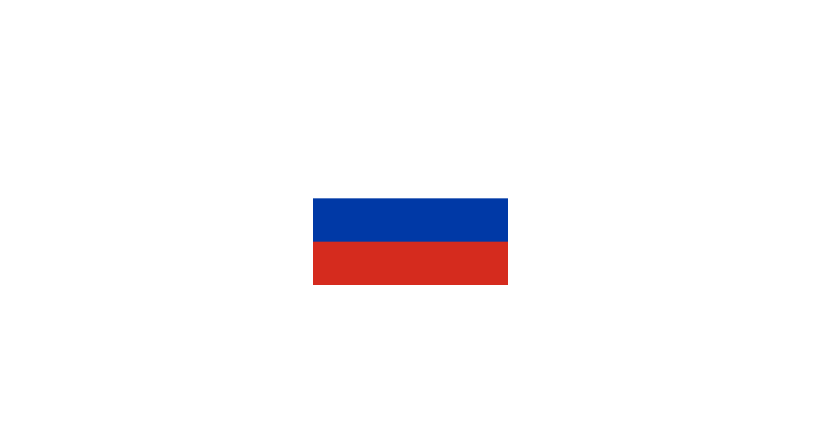 Russia ( Russian : Россия ), officially known as the Russian Federation  or the Russian Federation ( in Russian : Российская Федерация )  is a state in northern Eurasia , with republican rule with a semi-presidential system of 85 entities Two of them are federally recognized internationally ( Crimea and Sevastopol ). Russia has common borders with Norway , Finland, Estonia , Latvia , Lithuania , Poland (via Kaliningradskaya oblast ) , Belarus, Ukraine , Georgia, Azerbaijan , Kazakhstan , People's Republic of China, Mongolia and North Korea . It also has a sea border with Japan in the Okhotsk Sea and the United States via the Bering Strait . Russia is the largest country in the world in terms of area, covering 8/1 of the world's inhabited land area with an area of ​​17,075,400 square kilometers (6,592,800 square miles), and it is the ninth most populous country in the world with more than 143 million people. . Russia stretches across all of North Asia and 40% of Europe , covers nine time zones, encompasses a wide range of environments and terrain, has the world's largest reserves of mineral resources and energy, has the world's largest reserves of forests and lakes, which contain nearly A quarter of the world's fresh water

The history of the country began since the Eastern Slavs emerged as a recognized group in Europe between the 3rd and 8th centuries.  In the 9th century CE, Kievan Rus was founded by the Varangian warriors, and Orthodox Christianity converted to it in 988 because of the influence of the Byzantine Empire .  This was the beginning of the blending of the Slavic and Byzantine cultures that together formed the features of Russian culture for the next millennium.  Kievan Rus eventually broke up into a number of small states, and most of the Russian territory fell into the Mongol invasion in 1223 , and became part of the Golden Tribe .  Later, the Duchy of Moscow gradually united its neighboring emirates and succeeded in independence from the rule of the Golden Tribe, and was able to inherit the political and cultural legacy of Kievan Rus'. An empire in history with its influence extending from Poland in Europe to Alaska in North America.

In the aftermath of the Bolshevik revolution , Russia became one of the largest founders of the Soviet Union , becoming the first socialist constitutional state and recognized superpower in the world.  During the war. The Soviet era saw some of the most significant technological successes of the entire 20th century , including the launch of the world's first human astronaut . The Soviet Union broke up in 1991 , and several independent republics were established, notably the Russian Federation.

Moscow is Russia's largest city and one of the world's most populous cities. Russia's main port is St. Petersburg on the Baltic Sea .  Russia is the world's seventh-largest economy by GDP , sixth in purchasing power , and third in military budget . Russia is one of the only five countries recognized to possess nuclear weapons in the world and has the largest stockpile of weapons of mass destruction in the world.  Russia is a global superpower , a permanent member of the UN Security Council, and a member of the G8 , the G20, the Council of Europe , the Asia-Pacific Economic Cooperation , the Shanghai Cooperation Organization and the Organization for Security and Cooperation in Europe