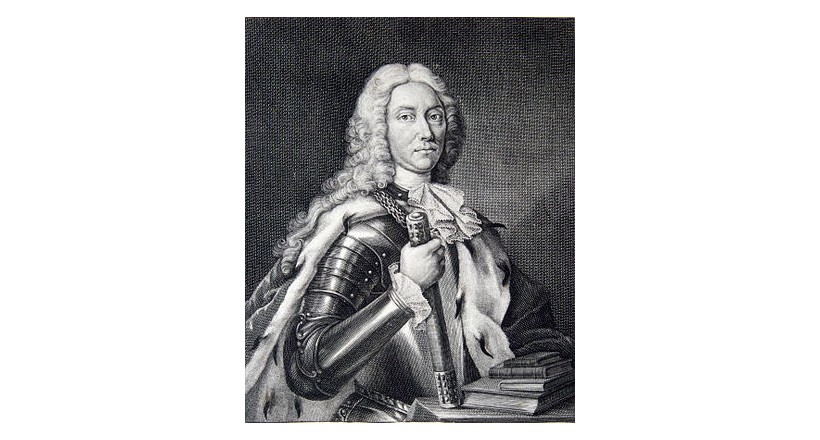 Dimitrie or Demetrius Cantemir, also known by other spellings, was a Moldavian soldier, statesman, and man of letters. He was twice voivode of Moldavia (March–April 1693 and 1710–1711). During his second term, he allied his state with Russia in their war against Moldavia's Ottoman overlords; Russia's defeat forced Cantemir's family into exile and the replacement of the native voivodes by the Greek phanariots. Cantemir was also a prolific writer, variously a philosopher, historian, composer, musicologist, linguist, ethnographer, and geographer. His son Antioch, Russia's ambassador to Great Britain and France and a friend of Montesquieu and Voltaire, would go on to be known as "the father of Russian poetry".

Dimitrie is the Romanian form of the name Latinized as Demetrius and, less often, anglicized as Demeter The Russian form of his name was Dmitri Konstantinovich Kantemir (Дми́трий Константи́нович Кантеми́р). He is also known as Dimitri Kantemiroğlu in Turkish contexts, Dymitr Kantemir in Polish, and Dēmētrios Kantimērēs (Δημήτριος Καντιμήρης) in Greek.

Dimitrie was born in Silişteni, Moldavia (now Vaslui County, Romania) on 26 October 1673 to Constantin Cantemir and Ana Bantăș.[ His elderly father was from a noble family of Crimean Tatar extraction, which came to Moldavia in the mid-17th century. One of the explanations for the name "Cantemir" is that it's derived from "Can Temur", meaning "the blood of Timur", marking a direct descent from the conqueror Tamerlane. His mother was a learned daughter of a local noble family.[citation needed] In 1685, Constantin was named voivode of Moldavia by its Turkish overlords.

Although Constantin himself was illiterate, he educated his sons Dimitrie and Antioh thoroughly. Dimitrie learned Greek and Latin to read the classics as a child. One of his tutors was the scholar John Komnenos Molyvdos. Between 1687 and 1710, Dimitrie spent most of his time as a hostage or envoy in Constantinople, living in the palace he owned, where he learned Turkish and studied Ottoman history at the Patriarchate's Greek Academy While there, he also composed Turkish music.

Upon Constantin's death in 1693, Dimitrie briefly succeeded him to the voivodeship but was passed over within three weeks in favor of Constantin Duca, whose candidacy was supported by his father-in-law, the Wallachian voivode Constantin Brâncoveanu When his brother Antioh eventually succeeded to the control of Moldavia, Dimitrie served as his envoy to the Porte. During these years, he also served with distinction in the Turkish army on its campaigns.

In 1710, Dimitrie was appointed voivode in his own right. Believing Ottoman Turkey to be collapsing, he placed Moldavia under Russian control through a secret agreement signed at Lutsk. Then he joined Peter the Great in his war against the Turks. This ended in failure at Stănilești (18–22 July 1711) and the Cantemirs were forced into Russian exile. Turkey then replaced the voivodeship with the rule of Greek phanariots.