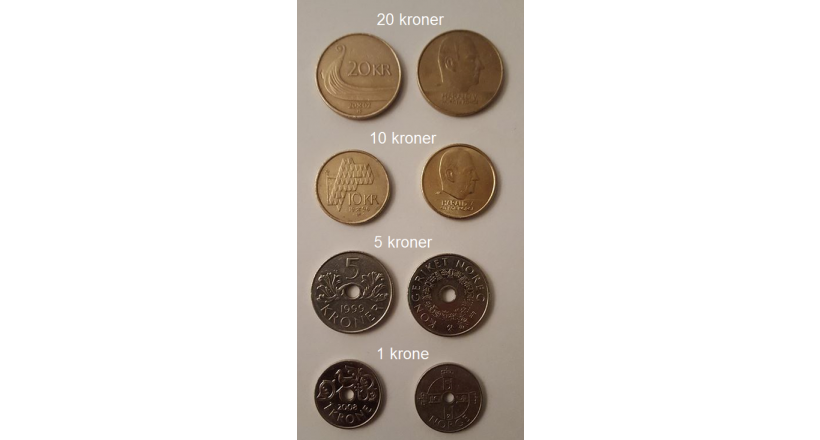 The krone , plural kroner, is the currency of Norway and its dependent territories. It is subdivided into 100 øre, which have existed only electronically since 2012. The name translates into English as crown.

The krone was the thirteenth most traded currency in the world by value in April 2010, down three positions from 2007