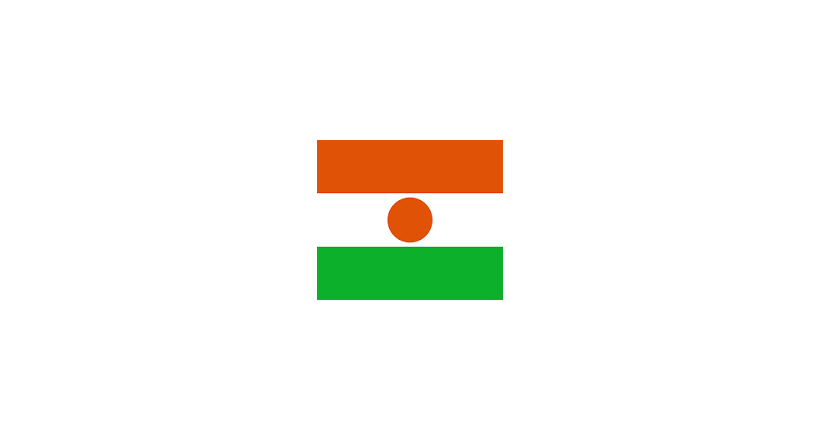 Niger or the Niger  officially the Republic of the Niger, is a landlocked country in West Africa named after the Niger River. Niger is bordered by Libya to the northeast, Chad to the east, Nigeria to the south, Benin to the southwest, Burkina Faso and Mali to the west, and Algeria to the northwest. Niger covers a land area of almost 1,270,000 km2 (490,000 sq mi), making it the largest country in West Africa. Over 80% of its land area lies in the Sahara Desert. The country's predominantly Islamic population of about 22 million live mostly in clusters in the far south and west of the country. The capital and largest city is Niamey, located in Niger's southwest corner.

Niger is a developing country, which consistently ranks near the bottom in the United Nations' Human Development Index (HDI); it was ranked 187th of 188 countries for 2015 and 189th out of 189 countries in the 2018 report. Many of the non-desert portions of the country are threatened by periodic drought and desertification. The economy is concentrated around subsistence, with some export agriculture in the more fertile south, and export of raw materials, especially uranium ore. Niger faces serious challenges to development due to its landlocked position, desert terrain, inefficient agriculture, high fertility rates without birth control, and the resulting overpopulation, the poor educational level and poverty of its people, lack of infrastructure, poor healthcare, and environmental degradation.

Nigerien society reflects a diversity drawn from the long independent histories of its several ethnic groups and regions and their relatively short period living in a single state. Historically, what is now Niger has been on the fringes of several large states. Since independence, Nigeriens have lived under five constitutions and three periods of military rule. After the military coup in 2010, Niger became a democratic, multi-party state. A majority of the population lives in rural areas, and has little access to advanced education.