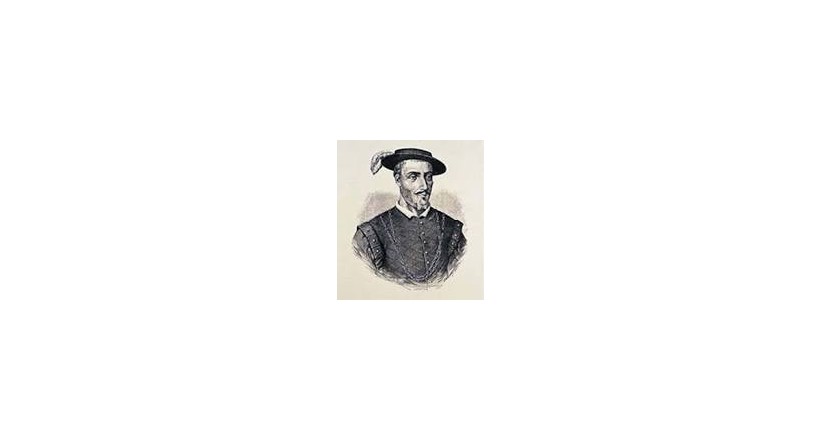 Francisco Hernández de Toledo (1514 in La Puebla de Montalbán, Toledo – 28 January 1587 in Madrid) was a naturalist and court physician to the King of Spain.

Hernández was among the first wave of Spanish Renaissance physicians practicing according to the revived principles formulated by Hippocrates, Galen and Avicenna. Hernández studied medicine and botany at the University of Alcalá and may have traveled between cities in Spain, as it was common among physicians seeking to make a name for themselves. Moving from Seville with his wife and children, Hernández served briefly in the Hospital y Monasterio de Guadalupe and then at the Hospital Mendoza in Toledo, where he gained prominence for his studies of medicinal botany and publication of a Castilian translation of a work on natural history by Pliny the Elder. In 1567 Hernández became a personal physician to King Philip II.

In 1570, Hernández was ordered to embark on the first scientific mission in the New World, a study of the region's medicinal plants and animals. Accompanied by his son Juan, he traveled for 7 years collecting and classifying specimens. It estimated that Hernández collected more than 3,000 species on this expedition. Along the way, he also interviewed the indigenous people through translators and conducting medical studies in Mexico. He was assisted with his illustrations by three indigenous painters - Baptized Antón, Baltazar Elías and Pedro Vázquez. During the colonial-period population decline of the Aztecs in 1576, Hernández performed autopsies in the Hospital Real de San José de los Naturales in collaboration with surgeon Alonso López de Hinojosos and physician Juan de la Fuente. Hernandez described the gruesome symptoms of the epidemic (referred to as cocoliztli, Nahuatl for "pest") with clinical accuracy.

Hernandez's describes over three thousand Mexican plants, a feat that was significant because classical texts did not amass so much plant biodiversity. His dedication to helping generate an early taxonomy for New World plants allowed for European utilization. Since the preexisting botanical terminology was so limited, he used native names (mostly Nahuatl) when classifying the plants. He also used categories of native names, comparison to Old World plants, or a combination of those two instead of the traditional categories of trees, shrubs, and herbs.

Some specific plants of the New World he described include: vanilla, the first written account of it; corn (Zea mays L.), in long and detailed chapters; four varieties of cacao; tobacco; chilis; tomatoes, in four chapters; cacti, in fourteen chapters