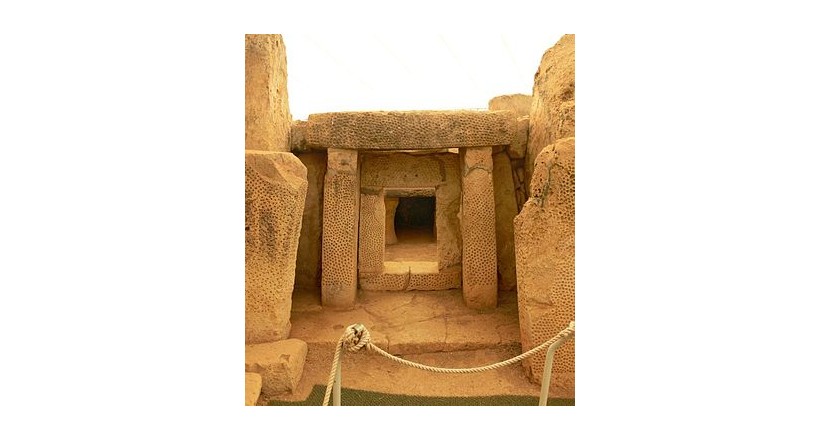 Mnajdra (Maltese: L-Imnajdra) is a megalithic temple complex found on the southern coast of the Mediterranean island of Malta. Mnajdra is approximately 500 metres from the Ħaġar Qim megalithic complex. Mnajdra was built around the fourth millennium BCE; the Megalithic Temples of Malta are among the most ancient religious sites on Earth, described by the World Heritage Sites committee as "unique architectural masterpieces. In 1992 UNESCO recognized the Mnajdra complex and four other Maltese megalithic structures as UNESCO World Heritage Sites. In 2009 work was completed on a protective tent