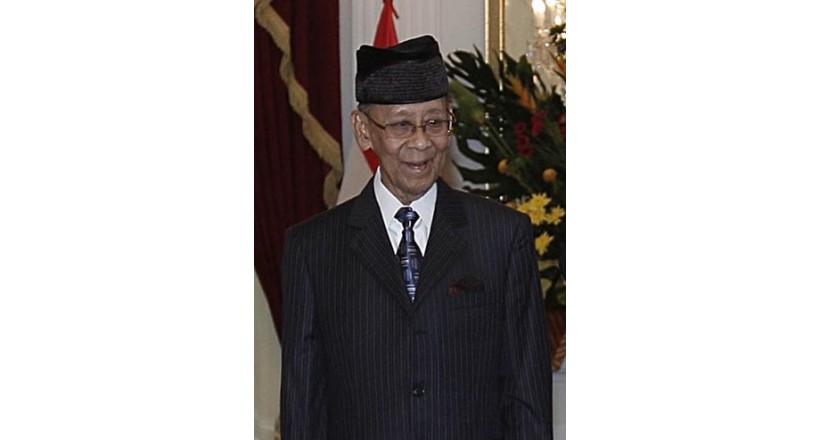 Sultan Abdul Halim Moazzam (November 28, 1927 - September 11, 2017), Sultan of the state of Kedah in the north of the country, was sworn in as the 14th King of Malaysia ( Yang de-Bertuan Agung ) for a period of five years, in a traditional ceremony held at the National Palace in the capital Kuala Lumpur on 13 December 2011.

This is the second time that Abdalhaleem has held the position. It was the first time in 1970 and lasted until 1975. Under Malaysia's unique monarchy, the country's nine state authorities regularly hold the king's position for five years.

The Congress of Governors meets every five years to choose the new king, where a secret ballot is held, in principle, but the sequence is actually proceeding according to pre-set rules for periodic office.

Sultan Abdul Halim This time behind the balance of Zainal Abidin Sultan of Tergkanu , Sultan Abdul Halim is the first Malaysian king to be crowned twice. Malaysia's constitutional monarchy has an honorary role, but the king is the leader and defender of the Malay ethnic traditions, which represent the majority of the country's population, and Islam, Malaysia's official religion.