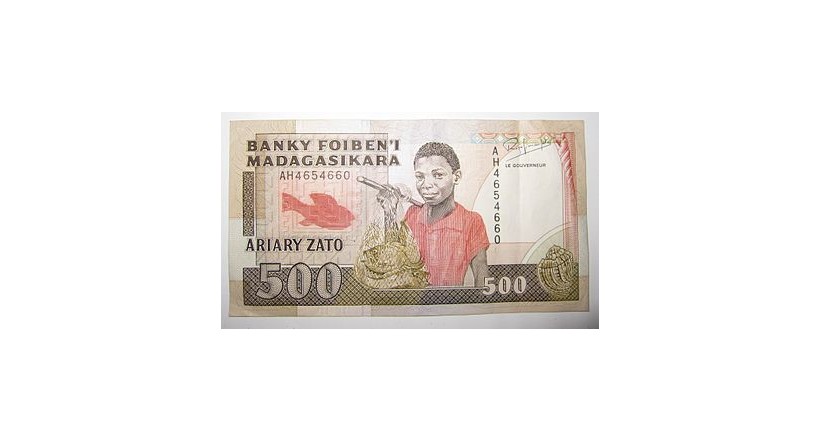 The ariary  is the currency of Madagascar. It is subdivided into 5 iraimbilanja and is one of only two non-decimal currencies currently circulating (the other is the Mauritanian ouguiya). The names ariary and iraimbilanja derive from the pre-colonial currency, with ariary (from the Spanish word "real") being the name for a silver dollar. Iraimbilanja means literally "one iron weight" and was the name of an old coin worth ​1⁄5 of an ariary.

The ariary was introduced in 1961. It was equal to 5 Malagasy francs. Coins and banknotes were issued denominated in both francs and ariary, with the sub-unit of the ariary, the iraimbilanja, worth ​1⁄5 of an ariary and therefore equal to the franc. The ariary replaced the franc as the official currency of Madagascar on January 1, 2005.