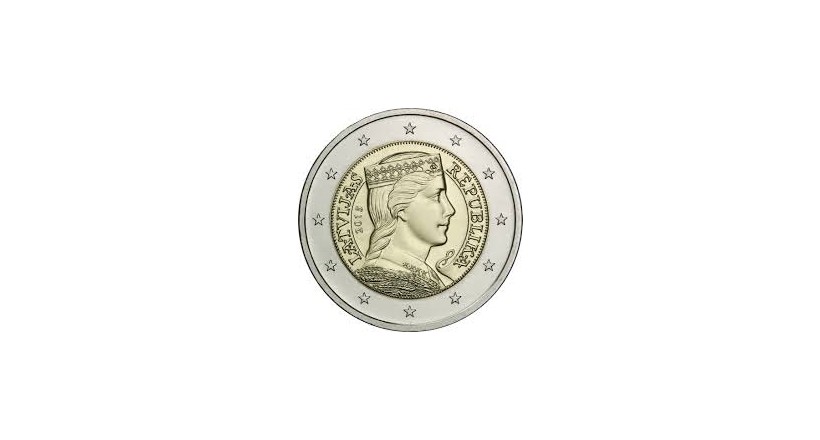 Latvia replaced its previous currency, the lats, with the euro on 1 January 2014,after a European Union (EU) assessment in June 2013 asserted that the country had met all convergence criteria necessary for euro adoption. The adoption process began 1 May 2004, when Latvia joined the European Union, entering the EU's Economic and Monetary Union. At the start of 2005, the lats was pegged to the euro at Ls 0.702804 = €1, and Latvia joined the European Exchange Rate Mechanism (ERM ll), four months later on 2 May 2005.Latvia's Treaty of Accession to the European Union (EU) obliged it to eventually adopt the euro. Latvia had originally planned to adopt the euro on 1 January 2008, but for various reasons this was subsequently delayed several times After being elected in 2011, Latvian President Andris Bērziņš announced the official goal was for Latvia to join the eurozone in 2014, saying "personally I'm very optimistic we'll join the euro on 1 January 2014. It's our goal and we are working hard to implement this process. In September 2012, Latvian Prime Minister Valdis Dombrovskis reiterated that "Latvia is on track for 2014 and permission to join would be sought in 2013.