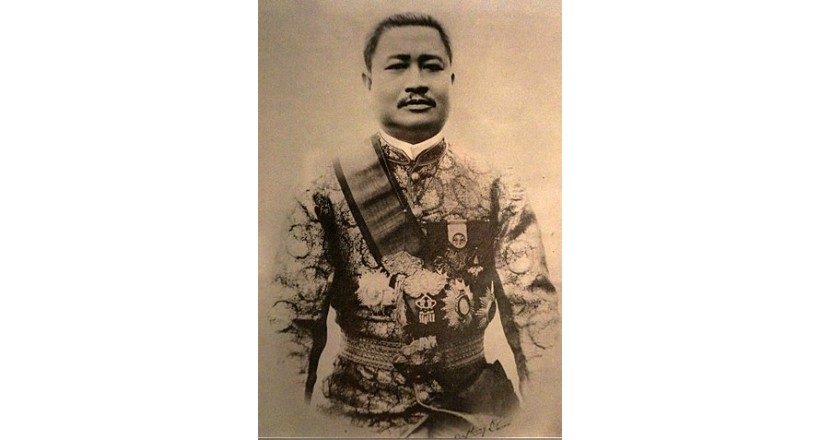 He was born at Luang Phrabang on 14 July 1885. His father was Zakarine, King of Luang Phrabang and his mother was Queen Thongsy. He was educated at Lycée Chasseloup-Laubat, Saigon and l'École Coloniale, Paris. He was known as a "playboy" king. He had up to 50 children by as many as 15 wives, two of whom were his half sistersand one of whom was a niece. Fourteen of the children died in the Mekong after a boating accident.