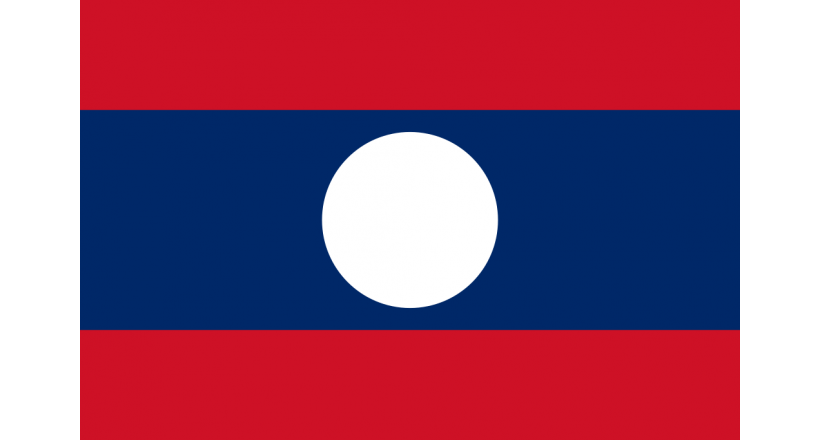 Laos : Saþalanalat Paxaþipatai Paxaxōn Lao; French: République démocratique populaire lao), commonly referred to by its colloquial name of Muang Lao . is a socialist state and the only landlocked country in Southeast Asia. Located at the heart of the Indochinese peninsula, Laos is bordered by Myanmar (Burma) and China to the northwest, Vietnam to the east, Cambodia to the southeast, and Thailand to the west and southwest.

Present-day Laos traces its historic and cultural identity to the kingdom of Lan Xang Hom Khao (Kingdom of a Million Elephants Under the White Parasol), which existed for four centuries as one of the largest kingdoms in Southeast Asia. Due to Lan Xang's central geographical location in Southeast Asia, the kingdom became a popular hub for overland trade, becoming wealthy economically as well as culturally. After a period of internal conflict, Lan Xang broke off into three separate kingdoms—Luang Phrabang, Vientiane, and Champasak. In 1893, it became a French protectorate, with the three territories uniting to form what is now known as the country of Laos. It briefly gained independence in 1945 after Japanese occupation, but was recolonised by France until it won autonomy in 1949. Laos became independent in 1953, with a constitutional monarchy under Sisavang Vong. Shortly after independence, a long civil war began, which saw the communist resistance, supported by the Soviet Union, fight against, first, the monarchy and then a number of military dictatorships, supported by the United States. After the Vietnam War ended in 1975, the Communist Pathet Lao movement came to power, seeing the end to the civil war. During the first years of Communist rule, Laos was dependent on military and economic aid supported by the Soviet Union until its dissolution in 1991.