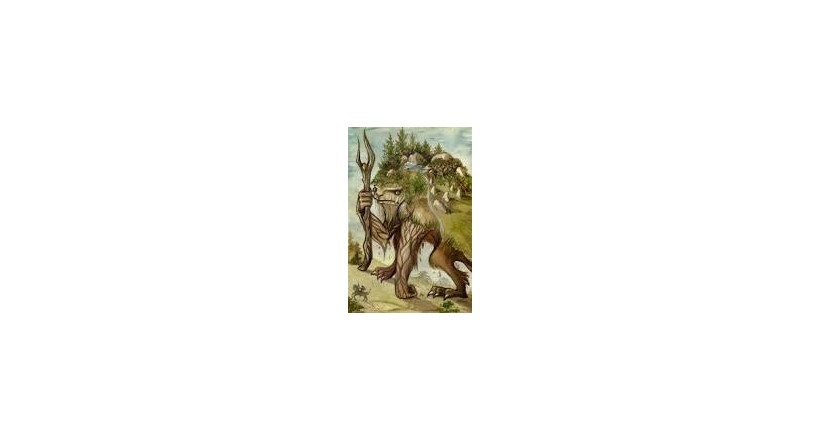 Landvættir :  are spirits of the land in Norse mythology and Germanic neopaganism. They protect and promote the flourishing of the specific places where they live, which can be as small as a rock or a corner of a field, or as large as a section of a country.

Some scholars have suggested that landvættir are chthonic in nature, spirits of the dead, but others have interpreted them as nature spirits, since they sometimes live in land that has never been populated. Hilda Ellis Davidson argued that stories such as that of Goat-Björn imply that they were already there when the settlers arrived in Iceland. Goat-Björn was offered a partnership by a "rock-dweller" (bergbúi) and thereafter prospered. People with second sight saw "all the land-spirits" following him to the Thing and following his brothers hunting and fishing. They told of people worshipping and receiving advice from spirits living in waterfalls, woods, and rocks.

Jörmundur Ingi Hansen, former High Priest of the Ásatrúarfélagið, said that landvættir are "spirits and they in some way control the safety of the land, the fertility of the land, and so on." According to him, they are "tied to a spot in the landscape, to a huge rock, to a mountain, or to a specially beautiful place" and that place can be recognized by being more beautiful than "just a few yards away."

The belief in local landvættir lives on in Iceland, with many farms having rocks that are not mowed closely and on which children are not allowed to play. When construction was about to start on Keflavík air base, the Icelandic foreman dreamed that a woman came to him asking to delay moving a boulder to give her family time to move out. He did so for two weeks over American objections, until she came to him in another dream telling him the landvættir were all out.

Other terms are sometimes used in the texts for the spirits, such as bergbúi, ármaðr, and spámaðr, but there is one mention of pre-Christian Icelanders bringing offerings specifically to landvættir. In a section of Hauksbók, a Christian bishop rails against "foolish women" who take food out to rocks and hollows to feed the landvættir in hopes of being blessed with a prosperous household