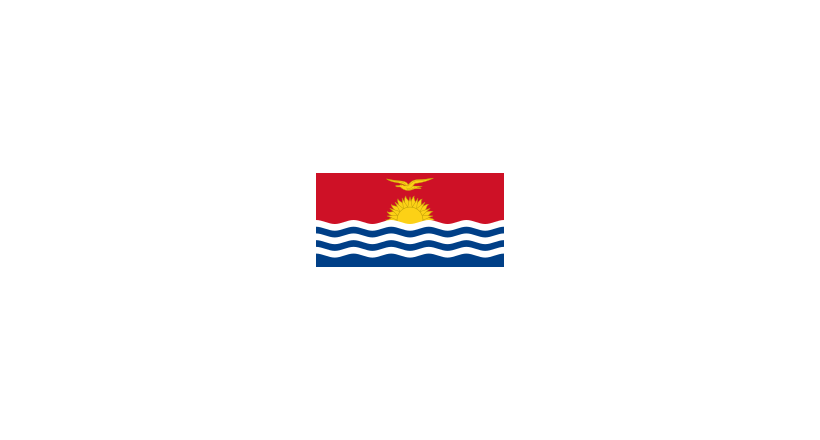 Kiribati, officially the Republic of Kiribati (Gilbertese: Ribaberiki Kiribati) is a sovereign state in the central Pacific Ocean. The permanent population is just over 110,000 (2015), more than half of whom live on Tarawa atoll. The state comprises 32 atolls and one raised coral island, Banaba. They have a total land area of 800 square kilometres (310 sq mi) and are dispersed over 3.5 million square kilometres (1.3 million square miles). In terms with it's Exclusive Economic Zone in the Pacific, it straddles across all three primary geographic regions; Banaba (Melanesian-Micronesian Border), the Gilbert Islands (Micronesia) and the Line and Phoenix Islands (Polynesia).

Their spread straddles both the equator and the 180th meridian, although the International Date Line goes round Kiribati and swings far to the east, almost reaching the 150°W meridian. This brings the Line Islands into the same day as the Kiribati Islands. Kiribati's easternmost islands, the southern Line Islands, south of Hawaii, have the most advanced time on Earth: UTC+14 hours.

Kiribati became independent from the United Kingdom in 1979. The capital, South Tarawa, which is now the most populated area, consists of a number of islets, connected by a series of causeways. These comprise about half the area of Tarawa Atoll.

Kiribati is a member of the Pacific Community (SPC), Commonwealth of Nations, the IMF, and the World Bank, and became a full member of the United Nations in 1999.