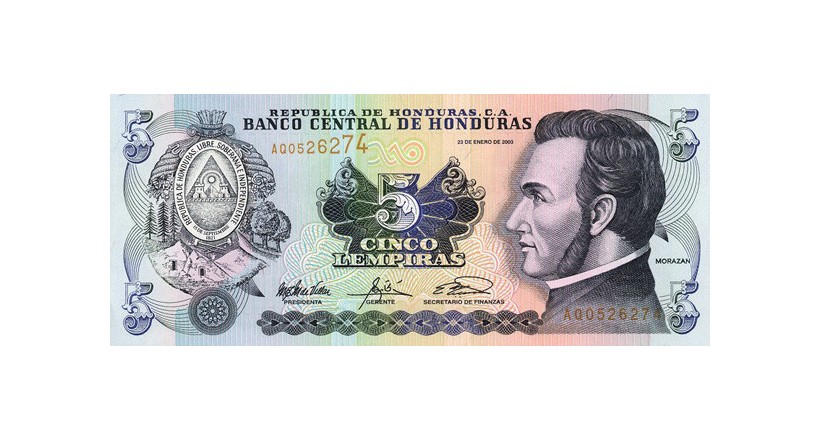 The lempira: is the currency of Honduras. It is subdivided into 100 centavos.

The lempira was named after the 16th-century cacique Lempira, a ruler of the indigenous Lenca people, who is renowned in Honduran folklore for leading the (ultimately unsuccessful) local native resistance against the Spanish conquistador forces. He is a national hero, and is honoured on both the 1 lempira note and the 20 and 50 centavos coins.