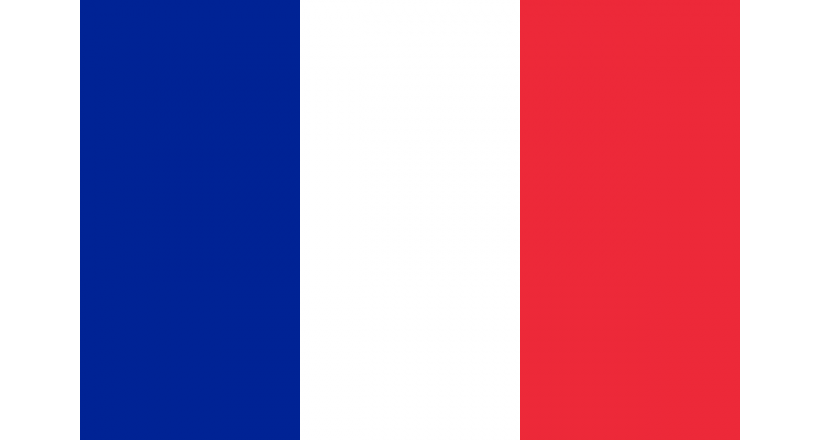 The French Republic ( La République française ) is a constitutional republic with a centralized and parliamentary system with a presidential tendency, with a population of about 66 million people in Western Europe . Worldwide [note 2] Its capital is Paris , its official language is French and its currency is the euro , its slogan ( freedom of equality fraternity ), its flag is composed of three vertical colors in order blue , white , and red its national tribute is the La Marseille . France is an ancient country dating back to the Middle Ages and is one of the important areas in Europe. Since the Middle Ages , France reached its peak during the 19th and early 20th centuries, having acquired the second largest colonial empire in 1950 after the Great British Empire . France is a founding member of the European Union , one of the five permanent members of the UN Security Council , and a member of several international institutions, including Francophone , G8 , G20 , NATO , OECD , WTO , and Latin Union. , The largest country in Western Europe and the European Union by area and the third largest country in Europe in general after Russia and Ukraine ,

France plays a prominent role in the history of the world through the influence of its culture and the spread of the French language , and its values ​​of democracy, secular and republican on all five continents , France is a prominent global center of culture, fashion and lifestyle , and includes the fourth largest list of UNESCO World Heritage Sites , Its visitors are on average 83 million foreign tourists a year, more than any other country in the world.

France is one of the major economic, military and political giants in Europe in particular and around the world.  It is the sixth largest country in terms of military spending in the world,  third largest stockpile of nuclear weapons,  and the second largest diplomatic corps yet. United States . It is also the second largest economy in Europe.  The fifth in terms of GDP in the world.  In terms of total household wealth, France is the richest country in Europe and the fourth in the world.  A French citizen enjoys a high standard of living. The country performs well in the rankings of education , health care , civil liberties, and the Human Development Index .