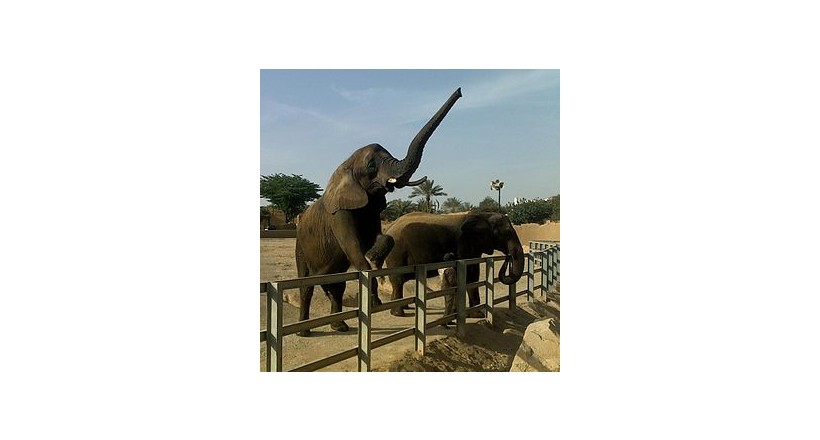 In Africa, the large female leads the herds, not the males , and leads the way from places of food to places of drinking, food and salt of the utmost importance for animals and joins the herd other herds to the number of hundreds.

The elephant is distinguished from other animals with a long hose, which is an extension of the nose and upper lip and the work of the arm of the human being that the upper and lower extremities are muscular appendages work the work of the fingers so that the elephant can grasp a small grain "fingers" metaphorically as the elephants are characterized by ivory canines that may reach sizes The elephants in Africa are at risk of extinction due to hunting for their