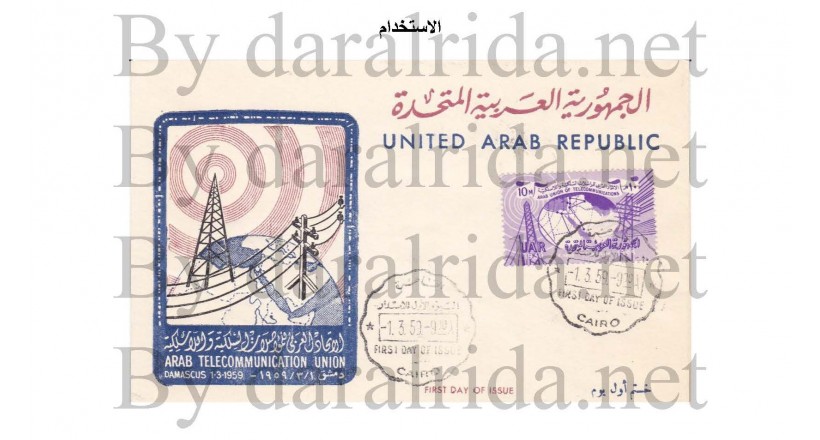 The Arab Telecommunications Union is a specialized Arab organization established by the Council of the League of Arab States (LAS) resolution 1196 - 9/9/1953. It began operations in 1957. Its last headquarters was the city of Baghdad, Republic of Iraq.

The Union shall be composed of the States members of the League of Arab States that have signed the Convention establishing it. The Union aims at providing the means of cooperation among Member States to regulate, improve and disseminate telecommunications in the States of the Union and to facilitate their use to the maximum extent possible. Communication fees and expenses and work to unite the efforts of the members of the Union in the conferences of the International Telecommunication Union to achieve the interests of the Arab countries involved. And to encourage the development, development and improvement of telecommunications devices and networks in the Arab States by all available means