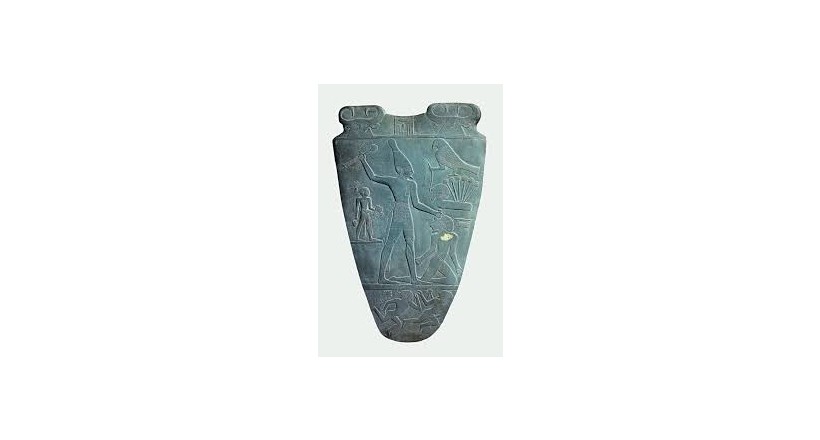 It was found in the city of Hierakonopolis in Upper Egypt and made of slate, 64 cm high. One of its two faces ( which is represented on this coin ) shows the king, wearing the crown of upper Egypt, is killing of his enemies, King Narmer is considered the first king of the first dynasty 3100BC,and sometimes he is identified with King Menes, the founder of Memphis city, This palette is displayed now at the Egyptian Museum in Cairo.