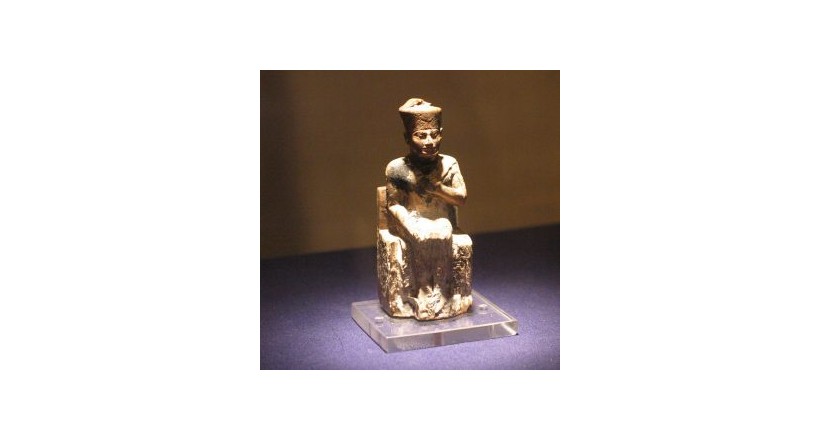 The Secoand King of the fourth dynasty, son of king Snefru and Queen Hetep Heres, who built the Giza pyramids and a huge funerary pyramid complex for his children and for Queen Meritites (first wife of Khufu) and Henutsen . He also built another tomb for his mother after the first one had been looted by tomb thieves.

His statue shown on the coin is made of white ivory, only 7.5 cm in hight, was found in 1902 AD at Abydos by sir Flinders Petrie. It is so ironic that this king built the biggest stone architecture in history, yet is only this little statue that is found of him and is now displayed at the Cairo Museum.