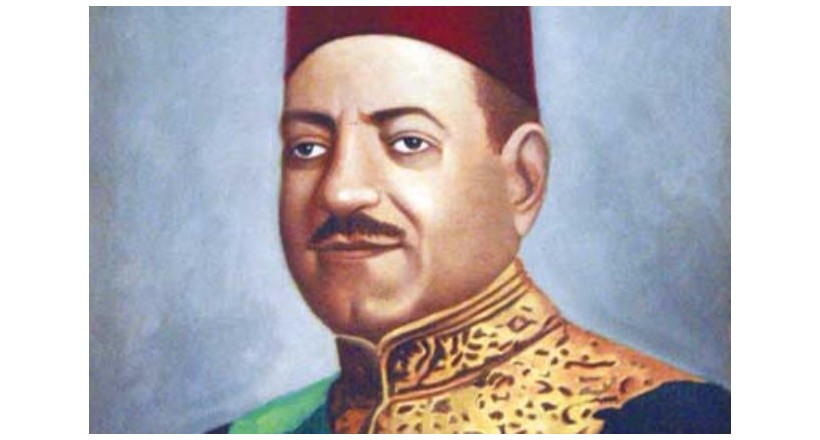 Mustafa Al-Nahas was born on 15 June 1879 in Samannoud, Western Province, to a well-off family. His father, Mohammed al-Nahhas, is one of the famous timber merchants who owns several workshops and real estate. He has seven brothers and sisters. He received his basic education in the village book at the age of seven. His father, aged 11, sent him to work at the local telegraph office, and was impressed by the office's ability to send and receive and translate codes. One of the counselors, who lives in the department, went to his father to persuade him to send his son to learn in Cairo schools. Mustafa Al-Nahhas moved to Cairo for the first time and went to the Nasiriyah primary school in Cairo. He received his primary certificate. He joined the Khedive secondary school in 1892 and then joined the Law School in 1896 and graduated in 1900.
He refused to work as an attorney and preferred to work as a lawyer. The first copper job was in the office of Mohammed Farid, the lawyer who took over the leadership of the NDP after Mustafa Kamel. He left Mohammed Farid's office and shortly thereafter became a partner of the famous lawyer Mohammed Bak Bassiouni in Mansoura. He worked as a lawyer until 1903. He was presented to Abdul Khaleq Tharwat Pasha, the judiciary work within the ministry of Hussein Rushdie Pasha during his tenure as Minister of the right. Copper rejected this offer, but Tharwat went to the copper father to persuade the copper to accept the job even before it. His first appointment as a judge was in October 1903 at the Qena Private Court and Aswan where he spent 1903-1908, and then nine years traveling between the cities of Delta, Cairo and Tanta where he took his last post as head of the Tanta court.