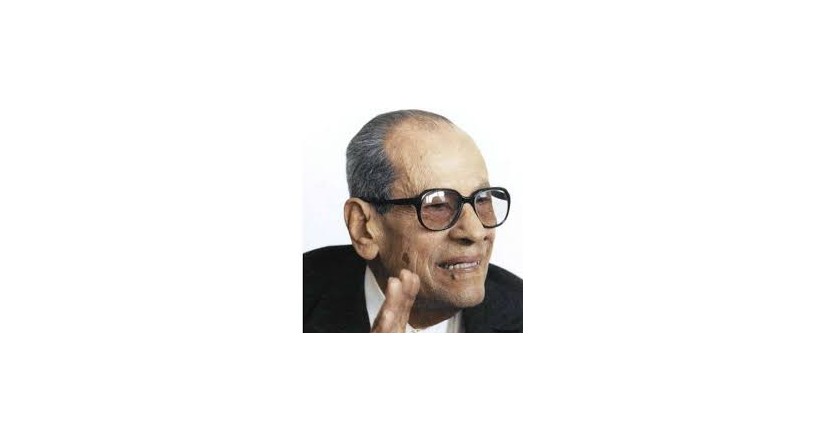 Naguib Mahfouz (December 11, 1911 - August 30, 2006) is an Egyptian novelist, the first Arab Nobel laureate in literature. Naguib Mahfouz wrote from the early 1940s until 2004. All his novels are in Egypt, . Among his most famous works are the trio and the children of Hartnau who have been banned from publishing in Egypt since its publication until recently. While Mahfouz's literature is classified as a realist literature, existential themes emerge. Mahfouz is the most famous Arab writer whose work has been transformed into cinema and television.

Naguib Mahfouz was named a compound in recognition of his father Abdul Aziz Ibrahim of the well-known doctor Najib Pasha Mahfouz, who supervised his birth, which was difficult.

Naguib Mahfouz Abdel Aziz Ibrahim Ahmed El Basha was born in the district of Gamalia in Cairo. His father, who was an employee, did not read a book in his life after the Koran was not the talk of Issa ibn Hisham because the author Muwailhi was a friend of him, and Fatima Mustafa Qashisha, daughter of Sheikh Mustafa Qushisha of Al Azhar scholars. Naguib Mahfouz was his youngest brother, and because the difference between him and his closest brother was Ten years he was treated as a single child. He was seven years old when the 1919 Revolution, which he influenced and later remembered, took place between Kasserine and the first of its three parts.

He joined Cairo University in 1930 and received a Bachelor of Philosophy. He then began preparing his master's thesis on beauty in Islamic philosophy, changed his mind and decided to focus on literature. He joined the government corps to serve as Parliamentary Secretary in the Ministry of Awqaf (1938-1945), then Director of Al Qard Hassan Foundation in the Ministry until 1954. He then served as Director of the Office of the Minister of Guidance. In 1960, he served as Director General of the Cinema Support Foundation, and as an advisor to the General Organization for Cinema, Radio and Television. His last post was the Chairman of the Board of Directors of the General Establishment for Cinema (1966-1971) and retired after that to become one of the book of the Al-Ahram Foundation.

Naguib Mahfouz married in the period of his cessation of writing after the revolution of 1952 of Mrs. Attia Allah Ibrahim, and hid the news of his marriage to those around him for ten years, citing his non-marriage preoccupied under the care of his mother and his widow and her children. In that period his income had increased from his work in writing film scenarios and he had enough money to establish a family. It was not known about his marriage until ten years after it happened when one of his daughters, Umm Kulthum and Fatima, fought with a colleague in the school. The poet Salah Jahin learned from the father of the student.

Naguib Mahfouz began writing in the mid-1930s, and published his short stories in Al-Resala. In 1939, his first novel published the futility of futility, presenting its concept of historical realism. Then he published a good struggle and Radubis ending a historical trilogy in the time of the Pharaohs. Beginning in 1945, Naguib Mahfouz started his realist novelist line, which he maintained in most of his literary career with the novel of New Cairo, Khan el-Khalili and Al-Madak's alley. Naguib Mahfouz tried psychological realism in the mirage novel, and then returned to social realism with the beginning, end and triple Cairo. Mahfouz later turned to the symbolism in his novels the beggar, and the children of our neighborhood, which caused strong reactions and was the cause of incitement to the assassination attempt. He also embarked on an advanced stage of his literary journey to new concepts such as writing on the limits of fantasy, as in his novel "Al-Harafish" (Nights of a Thousand Nights), writing Sufi mysticism and dreams as in the process of echoes of biography and dreams of recuperation. Mahfouz's works, on the one hand, serve as a mirror of social and political life in Egypt. On the other hand, they can be regarded as a contemporary record of human existence and human status in a world that seems to be abandoned or abandoned by God.