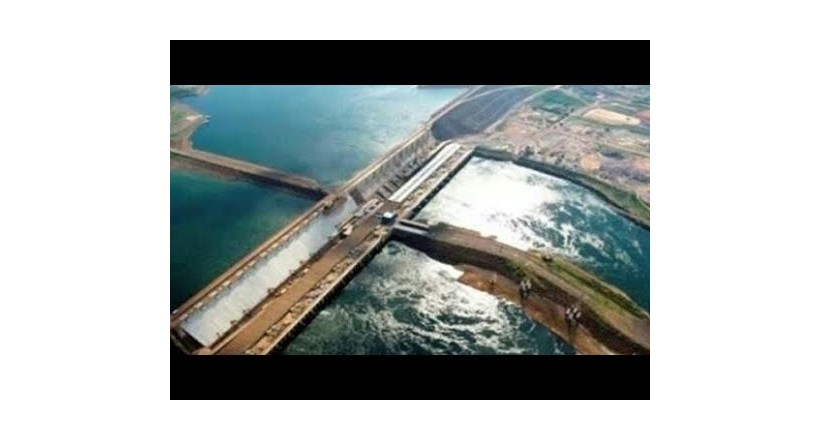 The Aswan Dam, or more specifically since the 1960s, the Aswan High Dam, is an embankment dam built across the Nile in Aswan, Egypt, between 1960 and 1970. Its significance largely eclipsed the previous Aswan Low Dam initially completed in 1902 downstream. Based on the success of the Low Dam, then at its maximum utilization, construction of the High Dam became a key objective of the government following the Egyptian Revolution of 1952; with its ability to control flooding better, provide increased water storage for irrigation and generate hydroelectricity the dam was seen as pivotal to Egypt's planned industrialization. Like the earlier implementation, the High Dam has had a significant effect on the economy and culture of Egypt.

Before the High Dam was built, even with the old dam in place, the annual flooding of the Nile during late summer had continued to pass largely unimpeded down the valley from its East African drainage basin. These floods brought high water with natural nutrients and minerals that annually enriched the fertile soil along its floodplain and delta; this predictability had made the Nile valley ideal for farming since ancient times. However, this natural flooding varied, since high-water years could destroy the whole crop, while low-water years could create widespread drought and associated famine. Both these events had continued to occur periodically. As Egypt's population grew and technology increased, both a desire and the ability developed to completely control the flooding, and thus both protect and support farmland and its economically important cotton crop. With the greatly increased reservoir storage provided by the High Aswan Dam, the floods could be controlled and the water could be stored for later release over multiple years.

The Aswan Dam was designed by the Moscow-based Hydroproject Institute.