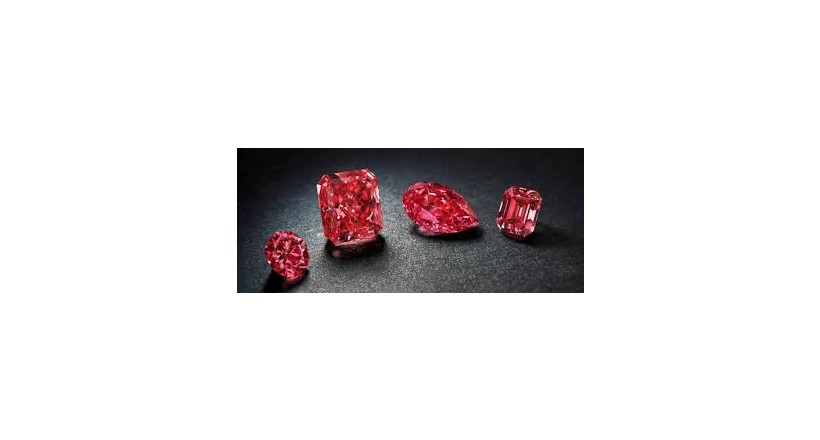 The blood stone, also known as the "jasper blood" stone and the "heliotrope stone" scientifically from the semi-precious stones, especially in the Arab world, the chemical formula SiO2 "silicon dioxide", a semi-transparent stone to opaque light is not measured and its hardness is 7 degrees on the scale Moss is hard and is found in red, green and brown and can also be found multicolor by nature. The most common colors of this stone are dark green, dark blue and greenish. The bloodstone is categorized as quartzite, the white agate, which has circles in red and brown dots. It should be noted here that the name of the blood stone is due to the extent of similarity of those points on the surface similar to the color of blood.

The red circles on the blood stones may exist on a large scale and may not exist at all in others. In addition to the fact that these circles are not the only distinguishing feature of the blood stone, it may be found on flat lines and red marks similar to the veins in which the blood flows in humans.

The bloodstone is made up of silicon dioxide and has a "trigonal" crystal structure made up of glysofolphin complexes. Although it is easy to identify the stone and is relatively recognizable, it sometimes mixes with others when trying to distinguish and recognize it, as it may be classified as a type of jade. The stone of blood and jade stone can be easily distinguished by observing the crystalline jade structure.

As for the purity of that stone, it ranges from the semi-transparent, almost light, to the dark. When a glaze appears, a glass luster appears to reflect the light from its surface. When looking at the appearance of the blood stone, it is often noticed that there is a slight waxy layer on it. This stone contains chlorite, ironblend and iron oxide impurities, whose presence varies from one stone to another to gain a different appearance.

The bloodstone is usually honed in a "cabochon" manner where the sides are refined except the faces. It is commonly used in the industry of waxing and contracts especially. Although the majority of the blood stones are refined in the way we have mentioned, the stones are large in size may be refined her face. It is worth mentioning that this stone can also be obtained in various shapes and pieces at the gem stores.

The blood stones are not dyed, heated, improved, or treated in any way, as they are among the few precious stones that are transported from the mine to the shops without treatment.

Sources and sources of blood stones

The stone is extracted mainly from mines located in India, Madagascar, California and the United States of America. In addition to Australia, Germany, Brazil and China. A new mine was discovered on the island of Rumm, in the state of Scotland.

Beliefs about the stone of blood

Blood stones were used in medicine and treatment in ancient India, where it was believed in its strong metaphysics and the effectiveness of its crystals. To this day, stone is still being used by alternative medicine therapists in India to treat the pain of bleeding and gastrointestinal problems. In addition it is believed in the stone's ability to purify the blood of toxins and improve its flow. As for Christianity, it was believed that this stone represents the blood of Christ according to the famous legend, which in turn contains extraordinary therapeutic powers.

Previously, the bloodstone was the birthstone of the month of March, and was later replaced with stone of the acamarin. But still remains an alternative stone for many March babies if they want to acquire it.

History of the stone of blood

Blood stones date back to ancient times for thousands of years. His official name "heliotrop" was derived from the old belief that the gem reflected the sun, as it is called a slope of ancient Greek and means the rotating sun.

As for the beliefs about the blood stone in Christianity, it has received great attention throughout history and in ancient times. It is considered the most sacred gemstone in Christianity because of the spread of belief or myth that the blood stone is the blood of Christ peace be upon him. During the crucifixion of Jesus Christ peace be upon him and the blood from his wounds, falling on the stones of the green jade under his feet, and settle on it forever, forming the blood stones in the appearance we know now. Thus, the name "jade of blood" is called according to that Christian myth, but it should be mentioned here that this is largely misleading because stone is not a kind of jade.

It was also called the "stone of the martyrs", which was used in ancient times in the work of sculpture and the work of symbols and seals that document things and witness the events. The most famous "witness" bloodstone in the world is currently being exhibited at the Louvre Museum in Paris, the seal of German Emperor Rudolf II.